How ethical diamonds are changing the jewellery industry

A diamond is forever and a rare gem to treasure. The guidelines for buying a diamond have always been the four C’s [1] – cut, clarity, colour and carat. This diamond grading lexicon has been in place since the mid-twentieth century to determine the quality of a diamond in a universal way. But there’s a new question brewing: origin. Do you know where your diamond originated from and what path it took to get to you? It’s questions like these that are changing the nature of the jewellery industry.

In a similar vein to how ethical questions are being raised in the fashion industry regarding the exploitation of humans and the impact on natural resources, ethics also have a role to play in the world of diamonds.

Yes, it’s a glamorous, sparkling, shiny industry. But what really goes on behind the scenes when it comes to mining diamonds? Conflict diamonds, also known as blood diamonds, have funded conflicts in countries such as Liberia, Angola and Zimbabwe [2]. These diamonds have been mined in unethical ways and then sold to fund military action. Conflict diamonds had always been hard to detect once they entered the Western world, as their origins could not be clarified.

In light of such atrocities, the jewellery industry started changing tactics when it came to sourcing diamonds. The Kimberley Process, created in late 2002 and named after the South African city where it originated, is an accredited system put in place to clean up diamond trading and regulate rough diamond trade.

If you are looking to buy diamonds, make sure they have the KP stamp of approval. So far, The Kimberley Process claims to have stopped 99.8% of the global production of conflict diamonds. Whenever you see the KP stamp, you have the peace of mind that you are buying your diamond with a clean conscience.

The question of ethics in the mining of diamonds has also arisen in terms of poorly treated and underpaid diamond miners. In much the same way that consumers do not want to buy clothes from brands that employ practices such as slave and child labour in the supply chain, neither do they want to buy diamonds sourced from companies that exploit miners.

It is estimated that there are somewhere near a million workers in Africa earning less than a dollar a day in small scale mining operations. These workers are known as artisanal miners and they live in extreme poverty, working in perilous conditions.

But corporations now heavily involved in the sourcing of ethical diamonds are changing how we buy our gemstones. As consumers ask more questions about how their diamond purchase has been mined, many larger jewellery brands are employing measures to ensure their diamonds are fairtrade, ethically sourced and can be traced to their origins. But there is still work to be done. Not all jewellery brands are sourcing diamonds responsibly. While conflict diamonds have been largely eradicated, progress still needs to be made when it comes to human rights.

Before buying a diamond make sure to check that the company you’re buying from knows the whole journey of the gemstone, from where it was mined to where and by whom it was cut and polished. The jewellery world wants to mine more responsibly and by choosing a company that is completely transparent you are doing your bit to progress that development across the whole industry.

As technology becomes even more innovative there is another, more unique way you can buy diamonds and that’s by choosing lab-grown gems [3]. Are they the real deal? No, but they are guaranteed to be conflict-free, environmentally friendly and ethically sound. Do they look like the real deal? Yes. Although they have slightly different chemical and physical properties, man-made diamonds are so similar in their elements (arranged using carbon atoms structured in exactly the same way as the real thing) that even when using a handheld diamond tester, the result comes out with a positive sound signal. This is because synthetic diamonds are created in high pressure, high-temperature chambers designed to mimic the natural earth in which the real gems are found. At present labs are only able to produce diamonds up to three carats but they sparkle and shimmer in just the same way and you can 100% know where they originated from. 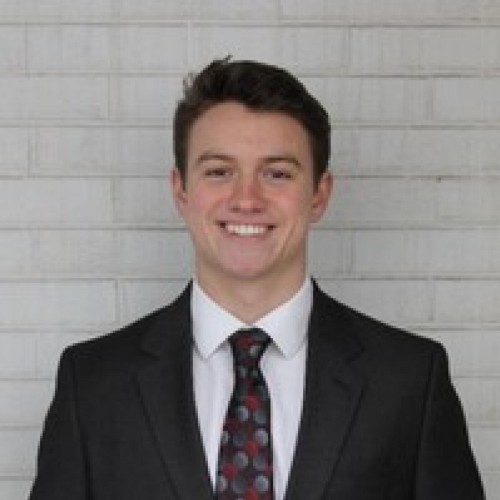 Clay Morrison
Clay Morrison writes professionally for luxury fashion and jewellery brands. Clay supports the development of fairtrade jewellery and the efforts being made in the industry to ensure diamond mining is both environmentally friendly and ethically sound.