Healthy Cooking Oils For The Heart

A recent report by the American Heart Association (AHA) advised against the use of coconut oil for cooking.  “Because coconut oil increases LDL cholesterol, a cause of CVD [cardiovascular disease], and has no known offsetting favourable effects, we advise against [its] use,” the report said. Following a review of existing data on saturated fat by the AHA’s Dietary Fats and Cardiovascular Disease Advisory, the report showed that coconut oil increased LDL (“bad”) cholesterol in seven out of seven controlled trials. In fact, 82% of the fat in coconut oil is saturated, according to the data —far beyond butter (63%).

Truth be told, the AHA got it all wrong about the use of coconut oil in our diet. It is time that some of these myths and misinterpretation of data are debunked.

There is ample scientific evidence that state and prove that saturated fat is not a risk factor for heart diseases. For instance, a study published in the British Medical Journal in 2016 [1] evaluated the effect of switching to vegetable oil fats and stopping consumption of saturated fats. The result: replacing saturated fat with vegetable oils actually increased a person’s risk of heart disease.

Cholesterol is NOT the real problem

The premise of AHA’s advice against the use of coconut oil is that LDL cholesterol increases the risk of heart disease. However, a study of more than 12,000 people [3] found that a person with low cholesterol was more vulnerable to dying early from heart disease, stroke and cancer. Importantly, the study showed that high cholesterol was NOT a risk factor for diseases.

There is considerable debate on whether cholesterol level is the best indicator of vulnerability to heart disease. At the same time, there is another very important consideration regarding cholesterol that we must take away.

It is that cholesterol has a rather important role to play in human health. We need cholesterol for various physiological and metabolic functions like optimal brain health and transportation of fats. Modern science continues to throw up evidence that high-cholesterol foods are NOT bad for us. A case in point is a 2017 study published in The American Journal of Clinical Nutrition that found eggs and dietary cholesterol serve as antioxidants [4] and a precursor to heart-protective molecules like Vit D.

Rather than focusing on absolute total cholesterol count to understand the risk of heart disease, one should keep a check on the HDL: LDL cholesterol ratios. The AHA advise on coconut oil made the same oversight that is unfortunately common—it did not consider the cardio-protective HDL cholesterol levels or the ratios.

Science can be fickle

Back in the 80s, the prevailing wisdom was that our indigenous oilseeds are unhealthy for the heart and we were quick in switching to refined vegetable oils and virgin olive oil. Years later, experts advised that all fat and oils are bad except omega-3 fats. Then in April 2015, fats made a huge comeback with the USFDA saying that there is no upper limit to dietary fat intake and coconut was hailed as the superfood in the west. Come 2017, and now, we’re hearing that the same coconut oil is full of saturated fat that can cause heart attack. But then it also says that saturated fat up to 6% of total calories is really okay. What’s it going to be next week? Your guess is as good as mine.

Unfortunately, the industry bodies and associations serving public health are often funded by food corporations or pharmaceutical companies. So, take their advice with more than a pinch of salt. On the other hand, age old food wisdom has stood the test of time. Your grandmom’s advice carries no commercial interest and comes out of a sense of well-being for you.

USE FILTERED, LOCAL NUT-BASED OILS BASED ON WHERE YOU COME FROM

In India, since thousands of years, the oil our grandmoms have been using is largely dependent on where they came from. In Kerala, it’s coconut oil, in Andhra and Rajasthan, it’s the sesame oil, mustard oil is used in the east and north India and in Maharashtra, Gujarat and central India groundnut oil is used. Diverse cultures eat differently and the type of oil fitted beautifully into the food landscape of that region.

All our indigenous oilseeds- be it coconut, mustard, groundnut or sesame- are rich in antioxidants, essential fatty acids, phenols, vitamins and minerals. Not only do they offer the best omega-6/omega-3 ratio, their consumption also increases the good HDL cholesterol in our body. It is just that the West has not yet woken up to their heart health and weight loss benefits.

Moreover, unlike olive oil and vegetable oils, these oils blend better with our Indian cuisine. They have high smoke points which means their nutrients and qualities are retained and not lost at a higher cooking temperature which is most typical of Indian cooking.

The important thing to remember is to use the cold pressed or filtered variety that is made by crushing the oilseeds under lower temperatures that will not degrade the oil. The nutrients, flavor, aroma and color is retained in filtered oils. Unlike industrial refining, this process does not use any solvents or chemicals.

[su_note note_color=”#efefef”]Also Read: How Do you Pick Your Cooking Oil? Read On For A Shocking Revealing [/su_note]

Previous articleWhat is The Difference Between Heart Attack and Heart Failure?
Next articlePro Hair Care Tips for After Swimming 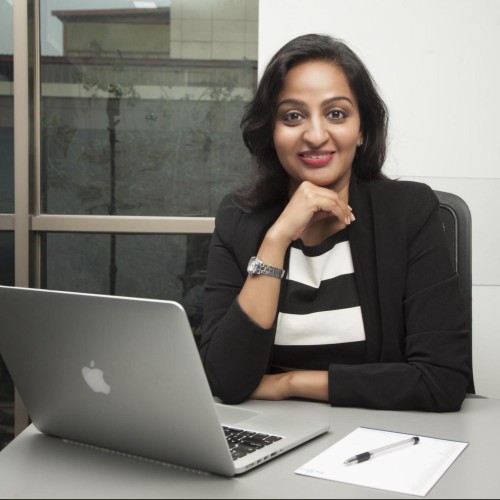 Munmun Ganeriwal
Munmun Ganeriwal, founder of Yuktahaar is a Nutritionist & Fitness Consultant working for last 15 years. She is India’s only professional to have acquired both a Master’s Degree in Nutrition Science and International Certification of Health Fitness Instructor from the American College of Sports Medicine. She has been studying & practising Iyengar Yoga.