6 Healthcare conflicts faced by women you need to know

International fora have repeatedly highlighted the fact that the world has a long way to go in closing the gap in finding more gender-sensitive solutions to healthcare for women that will finally make women more capable of accessing — technically, geographically, and financially-speaking —healthcare solutions that are tailored for women.

How Does Healthcare Look Like From A Woman’s Perspective?

According to statistics published by the World Health Organization:

What are the top 6 health conflicts faced by women today?

Significant gains have been achieved in some areas. For instance, maternal mortality decreased by 44 per cent between 1990 and 2015. Still, factors that hinder women from accessing health care continue to be in place. These factors range from policy to politics to gender biases to access to finances and social benefits. Women generally have a harder time than men accessing what they need to stay healthy and productive.

While sex is being widely tackled in media, including online, today, most women remain to be hindered from accessing the information that they need to better their own reproductive health and avoid unwanted pregnancies. Sex remains to be a taboo and women, most especially young girls, will normally get judged and sneered at when they ask about sex and admit that they have questions about their female sexuality.

Sex education is the basic requirement to give women better information that lessens their risks for contracting diseases, including Human Immunodeficiency Virus (HIV) and sexually transmitted infections (STI). Women and young girls need to understand and to feel that it is perfectly normal to have questions about sex and sexuality.

When women cannot talk about sex, they cannot make the right choices about their reproductive health. Women have to know their options, most especially concerning modern means of contraception. More education and training needs to be done in the area of how to negotiate with their partners on matters concerning RH.

Women need to space pregnancies properly both for their and their baby’s health and well-being. Timing is important for women who want to be financially capable of providing for their family’s needs, now and in the future, most especially if a woman is also part of the workforce.

Abortion is a controversial topic where the world will seem to be forever divided. Some countries like in Italy, women are given a choice to elect abortion when they get pregnant. A doctor at a proper, hygienic facility will be ready to perform abortion on women who chose to do so. It saves their life and lessens the risks associated with unsafe and illegal abortion clinics in geographies where abortion is prohibited by law.

Another area that seems to have been overlooked for many years in the still male-dominated field of medicine are the stages of menopause. Despite major advances in healthcare science, this particular issue has been stuck in the Dark Ages for too long. When in the late 80’s to early 90’s menopausal women thought that a cure was finally found in the form of Hormone Replacement Therapy (HRT), the Women’s Health Initiative came out with the results of a long-term study that showed HRT caused other health complications among women. Today, women have to rely on largely unproven botanical supplements with more anecdotal reports and very limited clinical trials.

Anatomically-speaking, women are at a higher risk than men in contracting HIV via sexual means, that is, not considering males having sex with males. How can women access condoms that protect them from both unwanted pregnancies and also HIV and some STIs? Even the common condom is gender-biased. The female condom is less commercialized. Women need to know as well how they can protect their unborn child from HIV infection if they know they have it.

Cancers of the breast, cervix and ovaries are just three of the most common types of cancers affecting women. The best way to fight cancers is early detection — it increases a person’s survival rate and helps prevent the disease from spreading. Sadly, diagnosis is not widely available among women, particularly where women do not work or, do not have sufficient health care benefits. Very few who are affected beyond treatment receive palliative care.

It’s hard enough to be a woman. When the society, governments, and institutions make it even harder for women to access the healthcare that they need, problems can multiply and magnify by a thousandfold. More needs to be done about women’s healthcare and healthcare should start looking at these issues using a woman’s lens too.

Previous article5 Ways you can decorate your home office
Next articleThe ABCD of Vitamin E: All that you need to know about Vitamin E 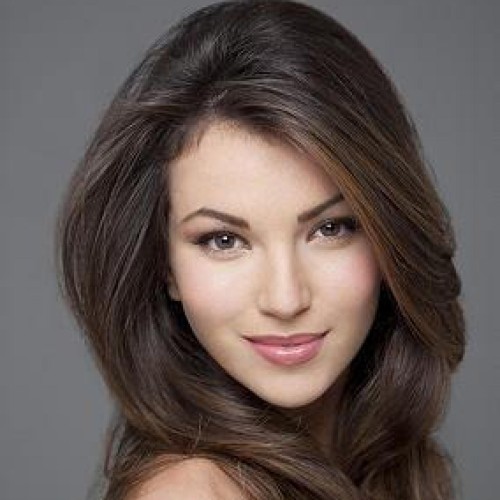 Daisy Grace
Daisy Grace is a health and beauty expert. She enjoys writing on different topics related to women’s health issues and skincare.Daisy’s purpose and passion lie in facilitating health breakthroughs with women who deserve good health and fitness, happiness and self-love. She is also exploring new things related to general health and beauty.