Why should I remodel my kitchen plumbing system this 2020?

As far as various major household systems such as the electrical lines and plumbing are concerned, they are typically built to last and they are the ones to fall victim the last to the tooth of time.

That said, depending on how frequently you’re using those systems and what sort of pressure you’re putting on them, some may last longer and some may fail sooner rather than later. (Of course, the quality of their initial installation also plays a major role in what their projected ‘lifetime’ will amount to.)

For example, even if you start as with a perfectly well-made kitchen plumbing system complete with a cutting-edge garbage disposal unit, if you’re constantly throwing chicken bones and egg shells in the sink, the entire under-sink configuration will fail sooner than if you were to take care of it regularly.

Now, the best way to ensure your plumbing and other major household systems run well and run for a long time is to take good care of them and prevent problems before they happen. On the other hand, if you’ve bought an older house, for example, or just weren’t paying attention to these systems before, it may be time you replace these old configurations and replace them with something newer and more reliable. In addition, it will increase your home value and make it finer.

In this article, we’re going to talk about kitchen plumbing systems and, in particular, what are the telltale signs it may be time you replaced an old faulty system with a new one.

While dealing with a clogged kitchen sink now and again is not that big a deal, being forced to tackle clogged pipes and bad smells regularly does seem like a major red flag.

The thing is, if seemingly minor problems such as clogging and leaks keep coming back inexplicably, this may indicate a bigger problem looking on the horizon, so to speak, so performing a thorough and all-encompassing overhaul may be the best course of action.

Although replacing the pipes and other parts of the system may be costlier monetarily than simply picking up a plunger and unclogging the sink again, resolving these pesky issues by installing new pipes ‘n’ fixtures will not only save you a lot of annoyance down the road, but also a lot of money in case the smaller issues you didn’t address snowball into a bigger issue you have to address and address it quick.

(Burst pipes and Biblical floods in your kitchen spring to mind as some of the irritating and expensive problems that can happen as a result of negligence, for example.)

In case your plumbing system keeps failing even though you’re taking care of it constantly, the problem may be that the system itself is obsolete and badly in need of changing.

This is especially prominent in older homes, where the plumbing systems weren’t getting an overhaul for decades. If this is the case of your home, changing the entire system from ground up would probably be the only viable long-term solution.

Now, if you decide to do this, you may also want to update the other related contraptions in your kitchen that may also be outdated.

For example, old garbage disposers, gas heaters, and various other plumbing-related fixtures will bring down the efficiency of the entire system even if you fit new pipes, valves and other equipment. For folks from Australia, you can fit heating repairs, so you can save money on heating and reduce the risk of malfunction by getting rid of the old inefficient heating systems.

While the shape and the looks of a kitchen fixture the water’s coming out of or going into doesn’t bear the most significance when it comes to how well the kitchen plumbing is functioning, it certainly is a thing that might prompt you to change things around when plumbing is concerned.

The thing is, other than their appearance, bathroom fixtures are also important for the way they can cope with hard water and sedimentation, for example. Old fixtures that have been getting covered with a new coat of calcium every day for years may not be as easy to clean as the new ones.

Here’s the thing – newer fixtures may make the tasks you perform around the kitchen easier to pull off, thanks to the wonders of technology nowadays. Modern-day complex kitchen faucets, for example, come with several modes of ‘fire’ which can help you clean your dishes in the sink more easily and efficiently than before.

Also, other than fitting a new shiny faucet above the kitchen sink, you can use this opportunity to look into some of the other parts of your kitchen’s plumbing system, too – such as the pipes and the sinks. Replacing these with newer fixtures made out of eco-friendly materials and that are more efficient than their predecessors can be a great way to kill two or more birds with one kitchen plumbing remodeling stone, so to speak.

All in all, remodeling your kitchen plumbing system is not just about buying some new pipes and the valves. Replacing some of the contraptions such as garbage disposers and gas fixtures or some other types of heating you may have installed will also ensure that the new system you set up will serve you for a long time. 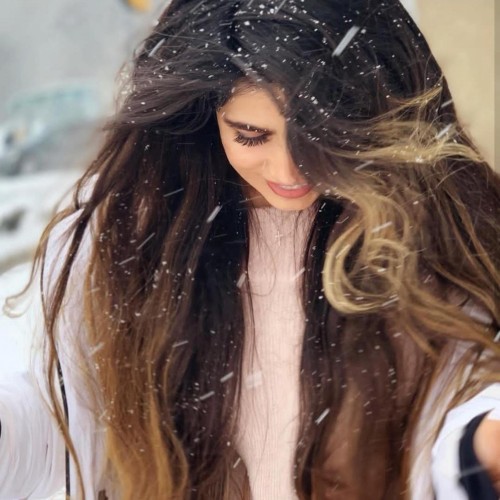 Ayla Anderson
Ayla Anderson is an avid reader and an enthusiastic blogger who writes articles on home improvement, business, Family and beauty. She is also an MBA student who spends much of her time giving advice to newly small businesses on how to grow their businesses.