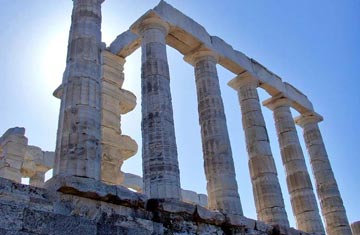 If there are any two human inventions to name, that changed the way humans live and see each other, they are religion and politics. I wouldn’t deny that both of them have certain amount of good associated with them, and that small amount of good can give believers a strong base for argument. But on what grounds? Let’s take a deeper look into both of these inventions.

The origin of religion is as vivid and ancient as the origin of human race itself. Even in the species prior to humans some sort of primeval religion or ritualism was observed. There are evidences to hint that Homo neanderthalensis might have buried their dead. Even elephants observe a similar ritualism where they observe mourning and silence at the death of their own, and even revisit the graves and caress the remains [1].

There are several different opinions about the origin of religion in human lives, some believing that it is a part of natural selection, and others that it’s a result of more complex mental adaptations [2].

Another explanation, more fitting, to the origin of evolution is fear and desire to survive. When humans were beginning to understand their surroundings and use them to their own benefit, they came across various natural disasters that had the potential to affect their lives. Famine, flood, sun, moon, rain, lightning, fire and earthquake, all those factors that could affect their lives were feared by them. There was no way they could find a way to elude any of them. Thus, praying to them to spare them and their belongings (mainly crops) seemed to be the only way. Thus, the religion was born. It is no coincidence that majority of the ancient religions including Norse religion, Greek, Romans and Hinduism are based upon nature based gods. I believe lightning and rain was the most feared (being most frequent natural phenomenon) of the disasters. Surprisingly, all of these religion have the ruling God as the one who can control lightning and rain – Odin[3] of Norse Religion; Zeus[4] of the Greek; Jupiter, his Roman counterpart and Indra[5] of the Hinduism.

As the time progressed the primitive religion took a greater form and began to affect our lives on a larger scale. Rather than just being an outward response of fear or some sort of hope to protect us against nature, it became an integral part of lives. Religion was incorporated into almost everything that a person did. Birth, Marriages, Death, Farming, Traveling, Battles and even the routine activities were connected to the religion. Till then it was alright. But human nature couldn’t contain itself.

Greed and selfish instincts were incorporated into religion, knowing that fearful people would follow their religious leaders blindly. Come on, why would someone as noble as God take pleasure in inducing fear in people and ask for tributes and sacrifices? That cannot be God who will destroy even the innocents. Ever wonder where the tributes go? Yes, into the pocket of the religious leader/mediator who asked to perform the particular ritual, or if it’s not useful to them then into in the garbage.

The implication of religion in current world is most derogatory. People are being killed in the name of religion. Some religions are rapidly converting into terrorism. People are being looted by those who call themselves prophets or the voice of Gods. Do you really think the donations made to an ashram goes to Gods? Well, I am not sure if God is even acquainted with the concept of money. And, if he is the creator of the universe do you think he needs your pennies? It is the humans that created money, just like they created religion. I wouldn’t deny that God exists, nor do I support his presence. But I certainly believe that if God exists, even he would not want killings and useless rituals in his name. It is we humans who have fought wars and are still fighting in the name of religion.

How many times have you been asked to perform a certain Yagna or Puja for the good of your home and family? Truly speaking, only one who is benefited by that puja is the pandit who performed it. I am not against devotion to the God, but I speak against the harmful rituals in his name, the business that is running in his name, the killings that are done in his name, and the blind faith that people usually observe without thinking for themselves, without distinguishing what is right or wrong. If the God is what we think he is—the benevolent, kind and compassionate God, the pure God, the Noble God, The God who created us—then, I don’t think we need great rituals to please him, but simple deeds that benefit the society, not only human but also the entire nature. No God would ask one of his creation to sacrifice another creation (whether another human or animal) to please him. God cannot be that cruel. Think for yourselves, can your God be that cruel?

Religion gives us hope… Good! It gives us a strong will to do the impossible… Great! It gives us many more good things… Excellent! But what about the other things it gives us. Ask yourself this question, how much do you need religion?

2 Greatest Human Inventions That Should Never Have Been: #Religion And #Politics | #Zigverve http://t.co/BsecZog275

Second invention which is not very different from religion is politics. As soon as the living beings began to socialize, they required a leader to guide them. At first the role of leader was noble and selfless, or we just want to think it was. In majority of the primitive society that we see even today in other animals, it clearly shows that the leader has his own benefits—first one to get the food (thus more and better food), first (or even only one) to have the females in the group [6].

Now, in the humans as the society developed further, both in terms of evolution and population, the concept of leader also evolved. Leaders became the kings, rajas, emperors and nobles or whatever name the particular society used. They were given a lot other benefits beside food and sex. They could levy taxes on the people, majority of which was spent in building their lavish residences, buy their luxury items and support their extravagant lifestyle, while the lower member of the society lived in pathetic conditions starving for food, clothes and houses, the basic needs.

While in the animals being the strongest member of the group was sufficient to make them the leader, in the more intricate society the need to employ greater tricks or set of laws was needed. They came to be collectively called as politics.

In current scenario politics had reduced to the greed and desire to be the leader with the maximum number of benefits. The politics exists not only in the ruling system, but everywhere else too. Politics, that is, the mechanism to run a system or be at the top of the system itself, is deeply incorporated into our lives, whether it is the government, your workplace or even your home. While politics could have been used to determine the most apt leader, it is being used to get the leader with the best political connection and prowess to get at the top position. The result is degradation of society to corruption, poor social and economic stability, all sorts of problems. The history has seen greatest of the wars based on self-motives of a single individual with greater political aspirations.

While a leader should have been the one who could guide the society to greatness, the leader now are the ones who could full their pockets with riches, without giving a damn about the overall society.

So, tell me do we really need politics? Or, do we even need such corrupt leaders. I don’t say we are not in need of leaders. We do need leaders, but just and noble leaders, not power hungry and greedy leaders who reached that position by cheap tricks and politics for only their own benefit.

In the end I conclude by saying- I don’t claim that we don’t need religion or politics, that’s totally a personal choice of a society and at some scale both can uplift the society. But we do need a clear, fair and more responsible system which isn’t corrupt and selfish and don’t work on the principle of benefiting few individuals than the entire society.

Your guide to a perfect skincare routine for summer

5 Signs That Show You Should Have an Eye Exam

The Connection between Oral Health and Overall Health

6 Ways to Maintain a Healthy Routine at the Office

5 Reasons You Are Not Losing Belly Fat