‘4 women in Delhi and 92 across India raped every day1’

The above headlines from prominent newspapers and magazines paint a rather contrasting picture of the status of women in modern India. On one hand, female achievers in various fields have carved a niche for themselves and proved beyond doubt that they are no less able than their male counterparts. On the other, the picture still looks gloomy with sexual harassment and gender discrimination still far from becoming things of the past. So what is the true status of women empowerment in India of the 21st century? As is often the case, the real picture is in grey shades, neither glittering bright nor dark and melancholic. One thing is for sure, when it comes to women empowerment, there is no dearth of challenges or to look at it the other way, there are tonnes of opportunities to make considerable improvement.

For an Indian woman, who is worshiped as the giver of birth, ironically, the struggle begins before she takes birth itself. Despite the statutory ban on pre-natal sex determination and consequently sex selective abortion, it still remains a booming Rs. 1000 crore industry.3 The adverse results of this inhuman practice have now begun to show: India’s sex ratio still stands at an abysmal low of 940 females per 1,000 males4. Moreover, in states worst affected by the evil of female infanticide and feticide like Punjab (sex ratio-893) and Haryana (sex ratio-877), the situation is so bad that men of marriageable age have to travel as far as Kerala to find a bride for marriage. This grim state of affairs has given rise to another, even more deplorable social evil- bride markets5. Yes, indeed, a market for brides does exist, as if they were mere commodities. Women of marriageable age are either bought for a nominal amount from their poor parents on promise of a life of comfort or kidnapped and sold off to families from such states, where young men have a tough task of finding a suitable partner for marriage due to the paucity of girls. Thus, one sin (that of female feticide) is now giving rise to several others.

Even if a girl child is lucky enough to be born, her struggle does not end there. There is a high chance that she would be discriminated vis a vis her brother(s) throughout her childhood. The harsh truth is that the needs of a girl are always secondary to that of the boy child in the eyes of their own parents (ironically) – be it toys, food and nourishment, clothes or education- every attempt is made to cater to the needs of the male sibling in the best possible manner but those of his sister(s) are often neglected. While it may sound a bit far-fetched, facts only corroborate this sad state of affairs- 56% of adolescent girls in India are anaemic (versus 30% of boys) while more than 60% of girls drop out of school by the time they complete elementary education.6

Once she becomes an adolescent- the struggles of a female enter a whole new phase. Many a time she is married of against her own wish. And then all that remains as the objective of her life, is to bear children, look after household chores and serve her in laws. Despite an almost century old act prohibiting it, child marriage is still commonplace, with 1 in 2 girls confessing to being married off before the legal age of 18.6

Even if she is not married early and manages to get herself educated against all odds, she still has a long way to go. Even today the work force in India is far from gender equal, with only 34% of Indian women with tertiary education (vs 78% of men) and 25% of women overall (vs 80% men) being employed in some form.7 Also, sexual harassment always looms like a hanging sword over her- be it at the workplace or during the commute to and from home. Several instances in the recent past have highlighted the susceptibility of working women to sexual harassment- be it the Tehelka case or the Uber rape case.

It is often said that ‘death is the ultimate liberator and equaliser’. But much like portrayed in Adrienne Rich’s poem ‘Aunt Jennifer’s Tigers’8, the stigma of inequality follows her even in death. If her husband dies, and she still lives on, she has to live a life of simplicity- wear white clothes, avoid jewellery, not attend festivities and ceremonies etc. On the other hand, if the wife dies, a husband can continue living much the same way as before, and if he’s not too old, remarry as well. While remarriage of widows (however young she may be) is still looked upon with contempt in many parts of India.

Representation of women in the highest echelons of governance is still disturbingly low. In fact, India ranks 105th in the world in terms of number of female legislators in the parliament with only 65 of the 543 MPs (around 12%) MPs being females9. In contrast countries like Rwanda (Rank 1- 63.8% female legislators), Zimbabwe (Rank 28), Tunisia (Rank 30) and even our immediate neighbours like Nepal (Rank 35- 29.5% female legislators) and interestingly Pakistan too (Rank 64- 20.7% female legislators) fare way better than India, the world’s largest democracy. The cabinet of the state of Delhi has not a single female face.

Last but not the least, the biggest obstacle to women empowerment are the people themselves (not everyone, but a large majority nonetheless) and their narrow minded attitudes. Till they don’t begin viewing women as equals rather than inferior to men, ensuring that women, depicted as the all-powerful Shakti in Indian mythology, do indeed get that power would be a distant dream…..

While the challenges are seemingly enormous, they are in no ways insurmountable and it is not as if progress has not been made towards ensuring gender parity and empowerment of women in an increasingly resurgent modern India.

The number of women in the workforce today (though lower than international standards- as depicted above) is much higher than ever before. And when given the opportunity, the fairer sex has proved its ability beyond doubt- be it Saina Nehwal, Sania Mirza or Mary Kom in the field of sport or Chanda Kochhar and Kiran Mazumdar Shaw in the corporate world. While significant progress still needs to be made, the signs are encouraging nonetheless. The need of the hour therefore, is to ensure that maximum number of females is provided with a decent education and job opportunities are created to accommodate them into the workforce. Also gender sensitisation of the employers and co-workers good go a long way towards making the workplace female friendly.

For years, entry into the armed forces continued to be the final unconquered frontier for women. But now, all three divisions of the armed forces recruit women officers and the female officers have left their mark on the field and off it. When a female officer led the guard of honour to President Barack Obama and all three armed forces had women companies parading in all their glory in the Republic Day parade this year, it indeed was a moment of pride for one and all.

The government too has pitched in with initiatives like ‘Beti Bachao, Beti Padhao Mission’- to ensure the survival and education of the girl child and ‘Sukanya Samriddhi Yojana’- to encourage parents to save money in the name of their daughter, bequeathed to the daughter on turning 18. While these policies are definitely started with much pomp and noble intentions, it’s on their efficient execution that the success of such initiatives depends. Also, it is for the people to take advantage of such schemes and actively participate in the same- hollow rhetoric and noble intentions alone seldom yield much.

To deal with the low representation of women in legislatures, passing the Women’s Reservation Bill at the earliest and enacting it should be the priority of the government. The present regime enjoys a thumping majority in the Lower House- so passing it through the Lok Sabha (where it got stuck in 2010) should not be a problem. Many states like Bihar, Maharashtra and Rajasthan have already enacted laws to reserve as many as half the seats in local bodies like Panchayats and city councils for women. The results are beginning to show with heartening developments like Soda village in Tonk district, Rajsathan getting Chhavi Rajawat, an MBA Graduate as its Sarpanch. Still, some worries remain that some women representatives are merely proxies for their husbands and fathers. Efforts to seal such kinks in the armour may continue, but one can’t deny that the cause of women’s empowerment would surely get a shot in the arm with the Women’s Reservation Bill getting passed.

To address the final and most difficult challenge of people’s attitudes and perceptions is a long battle. Nonetheless as more women get educated of their own rights and come out vocally, this bias in the attitude of the society could slowly be erased. Because, it is mostly the mother who inculcates values in her children. If she is empowered and educated herself, she will teach her daughters to be independent, educated women of strong character and resolve and at the same time teach her sons to treat women as equals and respect them. Thus with steady persistent efforts, the goal of total gender parity is anything but unachievable.

While towards total women empowerment, there’s still a long way,

One can simply not deny beneath the clouds, there’s a glittering hope ray,

As the Indian woman is increasingly keeping prejudices at bay,

And carving out a niche for herself in every field day by day,

The day’s not far when gender equality shall be a reality as the shackles of sex based discrimination and oppression are cast away……………………………….

[Note: This article was submitted to zigverve.com by Dev Desai as part of ‘Zigverve Online Writing Challenge’]

Facts, statistics and figures were cited from the following sources, without which this article could never have taken shape:

Previous articleIf you are a nail biter, then this is for you
Next articleSLUMS and their impact on the urban society 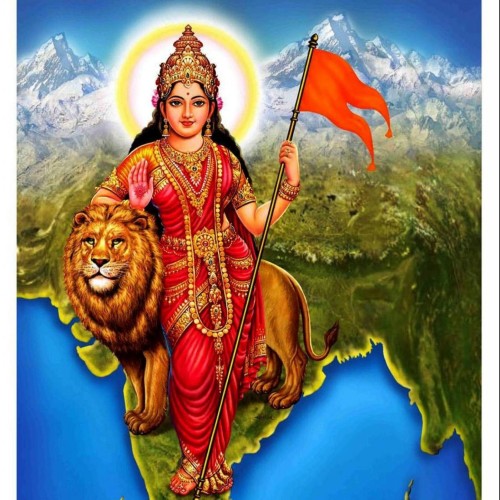