The term progressive suggests that this disease deteriorates further with time, and may result in organs failure, serious debility or even death. Some “progressive” diseases can be curbed or reversed by certain treatments.

Its forms and extensions are many. One extreme can be in form of impulse control disorders like Pathological gambling, compulsive eating, compulsive buying and hyper-sexuality are described as a form of Parkinson’s disease.

Parkinson’s disease is something which we have all seen; most of us are familiar with its symptoms too. We also know that it is a disease caused by the degeneration of neurons of the brain, which carry a substance called dopamine, due to which the affected person loses control over the control of muscles leading to jerky, involuntary movements in people affected by this disease.

No one knows the cause of death of these cells in Parkinson’s disease, but it is generally seen in elderly people and associated with some genetic defects, head injury, rural environment and exposure to toxins like pesticides. It has been seen that tobacco smokers have lesser risk of developing this disease.

There is still no agreement in scientific circles to conclusively state as to what the reasons for the advent of Parkinson’s disease are. All the beliefs are based on suppositions and probabilities but there is no conclusive proof or theory.

This disease is caused by the destruction of neurons in substantia nigra, a part of the brain which is responsible to produce Dopamine.

Since Dopamine controls movement by sending signals to other parts of the brain, this function becomes reduced, erratic or impaired due to reduction or loss of Dopamine which is a neurotransmitter. The exact reason why the destruction occurs is still not known.

It is also believed that the pathophysology of Parkinson’s disease might be dependent on the production of neuronal Nitric Oxide and its biosynthesis.

It is not yet known as to what can actually prevent the incidence of Parkinson’s disease but, it is believed that the possibility of being afflicted may be reduced in people with healthy habits of daily living, daily exercise, use of caffeine and intake of anti-oxidants. 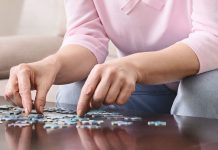 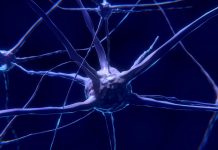 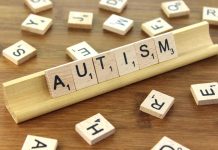 Autism: What is it and how does it affect someone?

How You Can Plan Your Weight-Loss to Perfection

Top 10 Relaxation Technique You Can Practice At Home And Bust...

Most trending costumes of all time

Thinking about Running the Airtel Delhi Half Marathon? We’ve got it...

The Key Ingredients of a Relationship

How To Make Your Lip More Beautiful And Sexy

ABOUT US
Zigverve brings you the latest and accurate information related to various lifestyle topics. Our aim is to improve your life, enhance your style and take you closer to perfection.
Contact us: [email protected]verve.com
FOLLOW US
© Zigverve 2018. All Rights Reserved.