In India, mothers generally focus on the physical growth of a child and not the overall brain development and immunity levels. The diet normally followed in Indian households is rich in macronutrients like carbohydrates, fats and proteins, supporting only physical growth but lack in micro nutrients, which is necessary for overall mental and brain development. Gaps in daily nutrition with nutritional quality lead to nutrient deficiencies to set in at an early age. Hence, you may not be aware of your child’s nutritional deficiency even if he/she looks physically fit. Micro nutrients like Iron, Calcium, Vitamins, and Minerals play an important role in building a baby’s immunity against major infections. The consequences of micronutrient deficiency among infants are far reaching and include greater morbidity due to diarrheal and viral infections, measles, reduced vaccine responses, impaired growth, and development. Doctors in India say that there is a huge gap in the knowledge about the role of micronutrients in building immunity.

Also read: Ultimate Guide to Immunization in Children—Importance, Schedule and Side Effects

Micronutrients are a group of nutrients which are required in trace amounts for normal growth and development. Micronutrient deficiency is often referred to as “Hidden Hunger” because it develops gradually over time, their devastating impact not seen until it leaves behind irreversible damage. Millions of children suffer from stunted growth, cognitive delays, weakened immunity and infections as a result of micronutrient deficiencies. Primary food, therefore, has to be nutrition dense as the need for nutrients are not fulfilled by mother’s milk after 6 months, making infants susceptible to nutritional deficiency.

Pediatrics highlight that Iron deficiency in infants is linked to impaired cognition, needs attention in early years of life

Nutritional iron deficiency arises when physiological requirements cannot be met by iron absorption from normal diet. Infants are at high risk due to their rapid growth and limited dietary sources. In India, iron deficiency is highest (49.5%) among children in the age group of 6-23 months. Studies have shown that Indian children aged 1-3 years consume only one third of the Recommended Dietary Allowance (RDA) for iron. Iron plays a very important role in a baby’s brain development and cognition, and iron and zinc help in the development of baby’s immunity.

90% of brain develops in the first 1000 days. Mild iron deficiency in the first 1000 days can also lead to impaired cognitive function in a child’s later life.  Lack of the right kind of nutrition that meets all their requirements for iron and other micro nutrients may lead to irreversible damage to a child’s brain development. The magnitude of adverse effects on the developing brain is largely dictated by the timing and duration of iron deficiency. 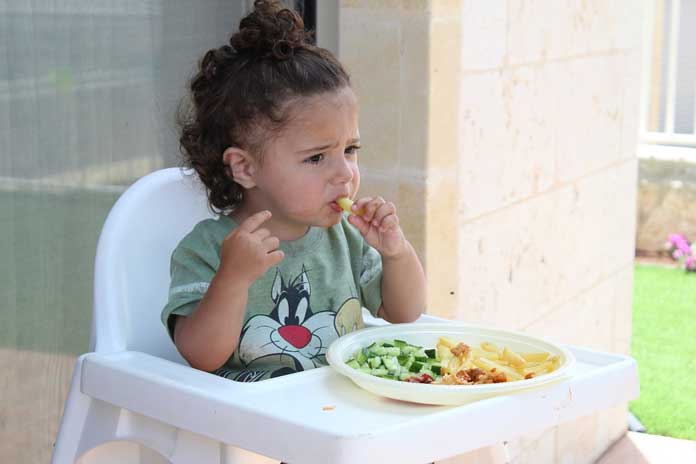 Eating patterns built during childhood serve as a foundation for life. More than 1/3rd of child deaths occurring annually, around the world, are attributed to malnutrition, specifically under nutrition, which weakens the body’s resistance to illness. If a child is malnourished during the first 1000 days of life, the child’s physical and mental growth and development is slowed. This cannot be corrected when the child is older – it affects the child for the rest of his or her life. Fulfilling the micronutrient requirements of infants should be addressed on a priority basis, with parents and caretakers sitting up to the fact that a healthy and nutritious diet for infant is a requisite, not occasionally, but daily.
With micronutrients producing significant public health benefits, nutrition plays a vital role in the holistic development of a child. Moreover, good nutrition signifies a food which is a powerhouse of micronutrients.