Agnihotra is a process that uses healing fire to purify the surroundings. The fire is prepared through a specific process, which is performed twice a day – during the sunrise and the sunset. In other words, Agnihotra is a ‘vedic yagna’ or a ritual that is mentioned in the Vedas, which is followed by the class of “Nambudiri Brahmins” of Kerala in India. There has been a worldwide increase in awareness about the innumerable effects of Agnihotra homam in the recent past.

The procedure of Agnihotra incorporates preparation with Agnihotra kit a small fire using cakes of cow dung in a tiny copper pyramid of specific shape and size into which ghee and grains of rice are added during the sunrise and the sunset. The significant part of the whole process is the two mantras that are chanted while adding the ghee and rice grains to the special fire, which is what is supposed to enhance the power of the process. The entire process is said to release tremendous energy in the surroundings.

Who Can Practice Agnihotra?

There is no restriction on who can or cannot perform the Agnihotra procedure. Anyone who has the desire to purify his or her home or surroundings, in addition to acquiring physical and psychological benefits, can choose to perform the process. There are hundreds and thousands around the world who have performed Agnihotra and enjoyed its holistic benefits including improvement in health, reduction of stress, clarity of mind, increased energy levels, and positive feelings of love and peace. However, the offerings are to be made only by one individual though it benefits everyone around.

Anyone who wants to derive the most from the process can sit opposite to the one who performs it. If more than one person in a household wish to perform the Agnihotra procedure, they should perform it either individually – one by one, or simultaneously.

How does Agnihotra Work?

The term Agnihotra can be split as ‘Agni – fire’ and ‘Hotra – healing’. Every factor in this ritual plays a significant role. The Agnihotra procedure is said to nullify or neutralize the negative energy in the surrounding air and create positive energy to rejuvenate and fill the atmosphere. The actual working of Agnihotra is as follows:

Thus the enormous energy released during Agnihotra is thrust into the atmosphere, which purifies and intensifies the ‘prana’ or life energy in the surroundings. The effects of Agni homam can reach up to 12km into the Biosphere. This gives nutrition to all forms of life including plants, humans and animals.

At the exact time of sunrise, chant the morning mantra as follows:

At the exact time of sunset, chant the mantra as follows:

Similar to the morning process, immediately on uttering swaaha both times, offer the two portions of rice mixture respectively to the fire.

Sit in silence after you perform the process in the morning and/or evening.

The benefits and effects of Agnihotra homam are innumerable. Some of them include:

In effect, it provides holistic benefit to all life forms in the environment. 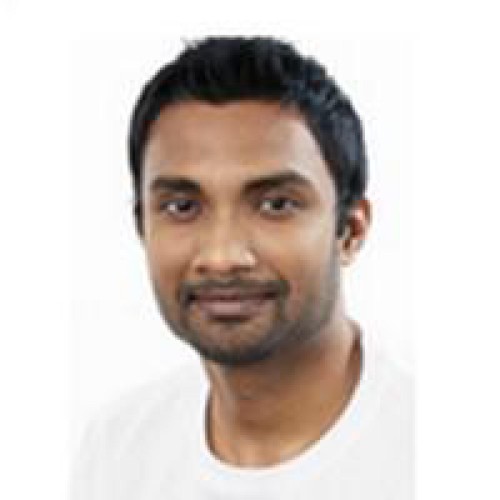 Sanjeev Kulkarni
Sanjeev, an independent health consultant & a professional blogger for Vishwa Global. He loves to write on topics about health & wellness to help people prevent health issues and stay healthy all their life.