New super-foods trigger regular hypes among fitness bloggers, health fanatics and passionate athletes and are often summoned as a panacea thanks to their supposed superpowers. So also coconut oil is considered an absolute perennial favourite and is on the hype scale at the top. But new is this apparent miracle cure – in contrast to the hip goji berry or chia seeds – actually not. Because the good, well-known coconut oil has been used for many years throughout the world in every conceivable area of ​​life. Be it a healthy frying fat, baking ingredient, hair oil, skin care product, popular diet product or in a Bulletproof Coffee.

Here you can use coconut oil everywhere:

But does the exotic miracle cure truly live up to its reputation and make the impossible impossible? Can a single oil really combine digestible fat, healthy sweetness and beauty weapon in one? And all that – as it goes – of course vegan and if possible in the best organic quality? So you do not have to fight alone through the information jungle, we have put together in this post the most important facts about the hotly discussed coconut oil for you. Let’s start with a short introduction about the exotic prodigy.

Coconut oil – origin of the exotic

That the coconut oil is much more than a hyped super-food trend can be read off the long tradition of exotic oil. Coconut palms have been cultivated in the Malay archipelago for 3,000 to 4,000 years. However, the coconut plantations gained economic importance only in the 19th century. Today, the coconut palm is cultivated worldwide in tropical zones – such as Indonesia, the Philippines and India – in the coastal area or on river banks. With the increased demand, the use and thus the coconut production has of course increased significantly.

And how does the coconut palm become the real coconut oil?

First harvested fruits, the famous coconuts, the coconut palm. The pulp – also called copra – is then crushed and dried. Then an oil mill is used to squeeze the coconut oil from the dried pulp. If the oil is later to act as edible fat, the oil is refined and desoded. A particular advantage lies above all in the long storage of the finished oil, because it is chilled for one to two years.

The different consistencies of coconut oil

When it comes to consistency, coconut oil is almost like a chameleon. At normal room temperature, it is white and firm, much like butter. In hot outside temperatures – we think of the really warm summer days – or in the pan, however, it is liquid and almost transparent.

After we have clarified where coconut oil comes from, we are, of course, interested in the burning question of what makes liquid gold really interesting. Because one thing is clear: when it comes to coconut oil, the promise is great! But are they really all entitled? How healthy is the oil actually?

Now, it’s about what makes the exotic fat so valuable that it falls back into a veritable hype. First and foremost, the popularity of coconut oil can be explained by the fact that it is one of the healthiest fats in the world. The miracle oil is also used for the most diverse applications and is a true all-rounder in the kitchen and bathroom. Rarely has a vegetable oil spotted with its internal as well as external uses.

The main ingredients: That’s in the super-oil of coconut

Do not saturated fats belong to the “bad” fats?

A well-founded question, because for a long time it was assumed that saturated fatty acids, as you find them in butter, milk, dairy products and meat, are consistently bad for your health. Many studies suggest that saturated fat leads to elevated levels of blood lipids and cholesterol, and even increases the risk of heart attack and stroke. A large-scale study from 2015 addressed this question and examined the relationship between saturated fat and the risk of heart attack, vascular disease and total mortality. The researchers concluded that there was no association between intake of saturated fat and subsequent heart attacks and total mortality.

GOOD TO KNOW: Medium chain saturated fatty acids – more specifically medium chain triglycerides (MCTs) – can even help normalize elevated blood lipid levels and reduce body fat, as they can stimulate the body’s fat metabolism. Therefore, your prejudices about saturated fats – especially those in coconut oil – should be a thing of the past.

So, without hesitation, you can boldly use any kind of fat?

No! Be sure to pay attention to trans fatty acids, a subgroup of unsaturated fatty acids. Trans fatty acids are regarded as pathogenic and are mainly found in finished products, confectionery and in everything that has been fried. They are suspected of harming not only the figure, but also the vessels, the heart and even the brain. Therefore, you should avoid over-consumption of processed fats – clearly taste fries, pizza, and sweets, but they should not make up most of your diet.

Note: Although coconut oil is mostly composed of saturated fatty acids, it can have a positive effect on your health and rewards you with numerous benefits.

In a nutshell: These benefits can have coconut oil on your health

Conclusion: is the hype about coconut oil justified now?

Coconut oil can really live up to its promise unlike some other super-foods. The valuable ingredients of the tropical oil not only have a positive effect on your health, but also make a sensible addition to your skin and hair care. Its versatility makes it ideal for incorporating coconut oil into your diet. Use it as a healthy fat for frying, make delicious baking creations or exotic wok menus.

Previous article
Why is your hair falling and what can you do about it?
Next article
Top 7 reasons why you should not be bailing on your breakfast 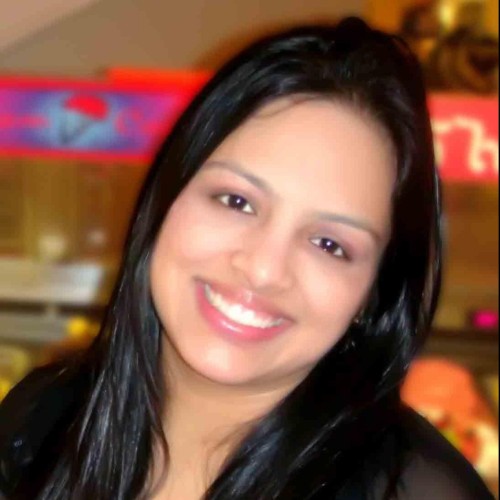