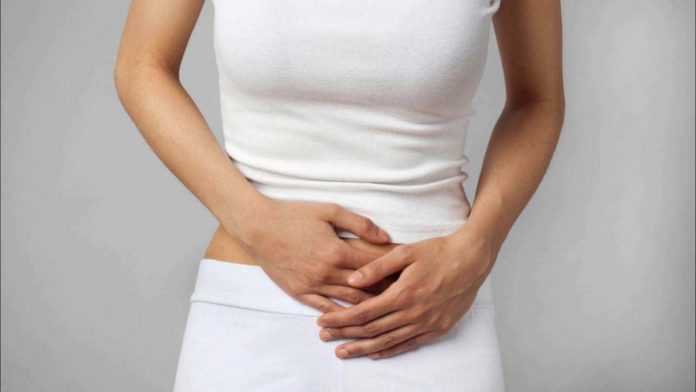 Polycystic Ovarian disease is characterized by insulin resistance. Though the awareness about this disease dates back nearly seven decades, it is, in present times, believed to disrupt the endocrine system of women in their childbearing age. However, the exact reason behind the occurrence of hormonal imbalance in women — and the different ways in which the condition can be effectively reversed — is not yet known.

Around 5-20 percent women are affected by Polycystic Ovarian disease during their reproductive years, but the condition cannot be diagnosed properly in more than half of the cases.

The indications of the occurrence of Polycystic Ovarian disease, and the causes of the disorder, can be different for different women. Nonetheless, most of the women affected by the condition generally complain of irregular periods, weight gain, mood swings, low libido, acne, chronic fatigue, insulin resistance, thyroid disorders, high testosterone levels, and irregular loss and growth of hair. In addition, this disease is also considered to be one of the main causes of infertility in women.

The use of time-tested home remedies, along with dietary and lifestyle changes, is considered to be a very useful natural treatment for Polycystic Ovarian disease. Home remedies play a significant role in managing the disease which, if not treated in a timely manner, can increase the potential risk of several other conditions in the long run, including hypertension, metabolic syndrome, diabetes, and dyslipidemia (high cholesterol and/or triglycerides).

The top 7 effective home remedies for Polycystic Ovarian disease are:

A nutrient-dense, low-sugar, low-glycemic diet is an excellent home remedy for managing Polycystic Ovarian disease. Following such a diet is the healthiest weight-loss approach for women who are overweight and battling insulin resistance, as well as for women who are overly fatigued, stressed or suffering from problems with thyroid and adrenal glands.

Some of the natural, anti-inflammatory foods which provide ample nutrients to the body include fruits, vegetables, salmon and other wild-caught fish, and grass-fed/pasture-raised meat. Moreover, a nutrient-dense diet should also include nuts and seeds like chia, flax, hemp, walnuts and almonds; and coconut oil, olive oil, avocado, and other unrefined oils/fats.

The use of Apple Cider Vinegar is an effective natural treatment for Polycystic Ovarian disease because it is helpful in controlling blood sugar levels and excessive production of insulin by the body. Less insulin production leads to lower testosterone levels, and weight loss; thereby bringing about a notable improvement in overall health.

For best results in managing Polycystic Ovarian disease, women affected by the condition should take two teaspoons of raw, unfiltered Apple Cider Vinegar in a glass of warm water, and take it daily in the morning and before meals.

Consuming coconut oil on a daily basis is also a beneficial home remedy for Polycystic Ovarian disease. Coconut oil is considered a healthy oil for consumption because it can effectively regulate blood sugar levels and insulin secretion due to the presence of medium chain fatty acids and antioxidants. Furthermore, coconut oil also reduces the levels of bad cholesterol in the blood and, thus, promotes cardiovascular health.

Women suffering from Polycystic Ovarian disease should consume one tablespoon of virgin coconut oil daily. The oil can be consumed as it is, or by adding it to smoothies.

The addition of flaxseeds to daily diet is also a useful natural treatment for Polycystic Ovarian disease because of their high fiber content. Flaxseeds can decrease androgen levels, and the presence of lignans in these seeds can increase the production of sex hormone binding globulin (SHBG) which can bind testosterone in the blood, so that it does not cause problems in the body. Flaxseeds are also helpful in slowing down glucose metabolism and lowering the levels of cholesterol.

For this home remedy, 1-2 tablespoons of freshly ground flaxseeds should be mixed in a glass of water and taken daily for a few months. Alternatively, ground flaxseeds can also be added to the diet regularly by mixing them in salads, soups or smoothies.

Green tea is rich in potent antioxidants known as catechins, which are responsible for lowering hormonal levels in the body, and thus managing the symptoms of Polycystic Ovarian disease. The antioxidants present in green tea can also effectively lower the levels of insulin in the body. The intake of green tea is also beneficial in shedding excessive weight.

Women who suffer from Polycystic Ovarian disease should steep one teaspoon green tea powder (or 1 green tea bag) in hot water for 4-5 minutes, strain the water, add honey to it, and drink it.

The supplementation of cinnamon in the diet is an excellent natural treatment for Polycystic Ovarian disease. The use of cinnamon is very beneficial in improving the menstrual cycle in women suffering from this disease, and reducing their insulin resistance.

For this remedy, one teaspoon of cinnamon powder should be added to a glass of hot water and taken daily. Alternatively, cinnamon powder can also be sprinkled on yogurt, cereal, oatmeal, peanut butter sandwich, cottage cheese, and on other foods.

Polycystic Ovarian disease or any other hormonal problem can be effectively managed by reducing physical and psychological stress. Hormonal problems hint at a potential ‘mind-body link’ because of the drastic impact which high stress levels can have on the endocrine system and, hence, on the production of hormones in the body.

To combat chronic stress, women affected by Polycystic Ovarian disease should spend more time in nature, yoga, meditation, and other such activities. Moreover, they should have sufficient sleep, nutritious diet and a regular exercise routine. Stress levels can also be reduced with the help of ‘adaptogen’ herbs like ashwagandha, holy basil and maca root.

Conclusion: The use of the above-mentioned home remedies is considered an extremely beneficial natural treatment for Polycystic Ovarian disease because these remedies can effectively lower cholesterol levels, improve thyroid function, reduce anxiety and provide effective support against the common symptoms of the disease.

How much is a normal bleeding in early pregnancy?