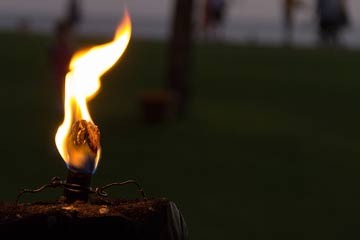 Religion has been a part of all cultures since the origin of respective cultures themselves, no matter what location or time period. There are many said benefits of following a religion, as per the religious priests and leaders. The more logical section of society however dismiss majority of those benefits based upon no clear evidence or explanation.

However, there are still some benefits which have either been explained or evidenced through research studies. Let’s take a look at a few of them:

According to a 1998 study1 conducted by researchers at Duke University Medical Center religion helps in blood pressure. The research found that adults who are religiously active have 40% lower chances of developing hypertension than those who are less active. The study involved about 3,963 test subjects of above the age of 65 years. The religious active individuals included the ones who actively attended various religious services along with private religious activities.

Though it needs no evidence that religious people tend to be happier and feel more satisfied than the non-believers. But, for those who need an evidence, American Sociological Review conducted a study2 in 2010 proving the same. According to the study this might be a result of increased social bonding through various religious activities like church attendance. More socializing results in a joyful life.

It’s nothing new that whenever people are facing difficult situation like economic or health issues, they seek the shelter of religion. A 2009 study3 published in Journal of the American Medical Association proves that religion can actually be beneficial in that regard. The study reviewed 345 advanced stage cancer patients and analyzed their faith until their death. Around 88% of the patients were religious and their resistance towards the disease was visible through the results. The frequency of resuscitation in individuals who turned to religious coping was 7.4%, compared to 1.8% in those who didn’t.

Those who regularly attend religious services at least once per week may have a better immune system4 than those who don’t. A 1997 study5 conducted by Duke University Medical Center involving 1718 subjects over 65 years of age concluded that more spiritual subjects were half likely to have higher levels of IL-6. They were also linked with lower levels of immune inflammatory markers like fibrin d-dimers, alpha-2 globulin, polymorphonuclear leukocytes and lymphocytes. The study, however, couldn’t outline a possible mechanism for the same.