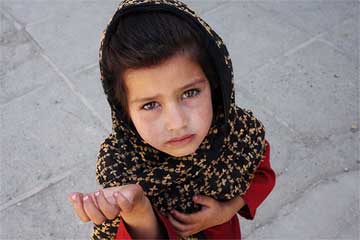 No one is born perfect. No society is immaculate. We all have flaws, but knowing them and correcting them is what makes a society great.

We Indians have many flaws too. It’s not like we want to be flawed, but the long practiced traditions have blinded us to either judge the wrong from right, or we’ve grown so obstinate to accept the truth. I’m glad that a good amount of youth is now understanding the same and bringing an overall change for the better of society. However a vast majority, even from the younger individuals, is still the same. Here are some of the things that an average Indian should practice starting from right now. (Disclaimer: This is not to criticize a person or part of society, but only to suggest them methods to improve. Some of the points may not apply to you, so don’t take them personally. The others may apply to you, DO take them personally to improve yourself. Also, no animals were harmed while writing this post.)

1. Keep India clean: We should start treating India as our home and stop littering garbage here and there. Now, before you blame government for not installing garbage bins everywhere, please understand that not all rooms in your house have a garbage bin. At your home you’d either stand up immediately to throw the litter in the bin wherever it’s kept, or you keep the litter separately and throw whenever you’re passing by the bin. Why not do the same when you’re outside? If your pockets can hold those supersized smartphones, they can hold an empty wrapper too. If your purse can have a space for Chihuahua, then it can have some space for empty wrapper too.

2. Say no to bribe: Sadly, bribing starts at home itself. I’m sure you’ve heard the famous song, Give me some sunshine– 3 Idiots, “marks laoge to ghadi, warna chhadi”. Corruption is becoming a serious threat to Indian economy. Moreover, it’s making life hell for some. Because of corruption college seats are given to the wrong candidates and jobs are given to unworthy individuals. If you think government has to make strict laws to stop bribing, then you’re wrong. No strong laws can curb corruption. Some of us would still ignore the law and offer bribe for getting our work done. Bribing can only be stopped when your heart is ready to stop it. If every one of us says ‘NO’ to bribe, then there will be no one to ask for it and no one to offer it.

3. Learn to respect women: Now, I haven’t understood really why in India, whenever there is a rape or any mishap with the females, we hear some wild comments by authorities, religious preachers, politicians (irrespective of their own gender). They blame girls for going out at night, wearing short clothes, or going out with male friends. Bull shit! When a girl goes out of house parents tell them to come back early, or wear a longer dress, or stay away from boys. Why don’t parents tell the boys—“Please, don’t rape a girl,” or “Respect women,” or “Don’t stare at girls.” The fault doesn’t lie with the girls; the fault is with those rapists who cannot control their private parts. The fault lies with Indian mindset that treats women as commodities and not as humans. The truth is at one time the scenario was similar in foreign lands too, where men used to rape every woman they could get, and losing wars meant orgies. However, they evolved from being barbarians to humans. But most Indians are still the same barbarians. It’s time we evolved and learnt to respect women, and also each other.

4. Say no to beggars: I’m sure many of you might think I am an insensitive person and don’t care about other humans, particularly the poor ones. But I’d like to tell you I care about them and that’s the reason why I want you to stop giving pennies to the beggars. First of all, by giving them free money, we’re making them lazy, and a freeloader. Let me tell you an instance. A boy came to me and asked for ten rupees. I asked them why. His answer was that he wanted to eat a samosa. I told him, “I’d buy two samosas but not for free. The lady who comes to sweep the floor earns Rs. 15 per day. I’d give you Rs. 20 for sweeping the floor.” Now, don’t get back at me for asking him to sweep. If others can sweep for living, he could too. There is no disrespect in it. Also, if he feels respected in begging, earning his samosa by doing some work would be respect in my eyes. In the end what did the boy say? “If I wanted to work for it, why would I beg?” Easy money had spoiled him. By giving them money for free, we are spoiling them and their future. Also, we’re making those of them who work hard for every single penny feel like fools in front of these freeloaders.

I’d say we should give them work, rather than money.

The next argument in this regard is Begging mafia. By giving money to beggars we’re also promoting this mafia, who abduct children and force them to beg. That money we give to those children doesn’t feed them but adds to the huge bank balance of those mafia dealers who own such lavish bungalows and cars that you could only dream of. Moreover, these children are drugged and handicapped to improve their chances of scoring more money by looking more miserable.

If you want to save these children, say no to begging. Always remember your own child could have been one of them. Only when we’ve stopped giving free money, then we’d be able to stop this mafia from flourishing.

If you’re feeling too charitable go to an orphanage and give gifts to those children, old people or handicaps there (straight in their hands and not to the authorities, who might eat most of it).

5. Stop blaming government for hike in vegetable rates: The vegetables and other vegetarian food come from farmers who are living a pathetic life themselves. We can read in the newspapers every now and then about farmers committing suicides. Most of them are already dying under the burden of huge debt and on top of that frequent weather changes spoil the harvests every now and then. If there is hike in vegetable rates we shouldn’t make a scene over it. As long as we can afford it buy it otherwise buy something that’s not that costly.

Also, the government should do something to improve the lives of farmers. Declaring compensation wouldn’t help much, since the actual amount that reaches the farmers is too late and too little. Most of the money is gulped by the officials in between, and rest of the money is given to those who either have good contacts, or money to bribe who aren’t even in need of it. Government should make a visible platform for the compensation and aid to farmers. Secondly, zamindari is still a big problem in remote villages. Even if the land isn’t owned directly by the zamindars, they literally own the farmers for all the debts the farmer owes. Then, there are too many middlemen between farmers and us. I’m not sure how much of that money actually reaches the farmers. Government should take steps to let the majority of money reach the farmers.

After having said all of this, I think some of us might change ourselves. Unless we change ourselves we cannot think of changing others and improving the nation. I’ve changed myself, have you?

The pros and cons of weight loss supplements

Things To Know Before Buying A Health Insurance

7 Steps of divorce preparation to protect yourself financially

Whole-grain Noodles and Pasta or The Regular Maida, What to Eat?

How to Quickly Refresh Your Home Decor

Why do we eat junk food?

Tattoo removal 101: Signs you’re ready to get it done