How much is a normal bleeding in early pregnancy?

Congratulations! You are about to become a mother.

You are going through the most magical and surprising phase of your life. You are carrying a tiny human inside of you, and your body is making several changes in order to adjust and nourish this little life growing within you.

Pregnancy and the probable scares

Once you get to know about your pregnancy, you should start taking extra care of yourself, especially in those first few weeks.

The initial 12 weeks, which is the first trimester of your pregnancy, is said to be the most crucial phase to your baby’s development. During this time, your child is developing his/her body structure and organs. This is the phase of rapid and dramatic changes in your as well as your baby’s body.

As this phase is critical, this is also scary as the mother usually is not aware of what is normal and what is not. They can get easily scared and stress out about things that they find unusual.

One of these things that can terrify an expectant mother very easily is bleeding. Approximately 20% of women have reported experiencing early pregnancy bleeding.

Vaginal bleeding is relatively common in the first few weeks of pregnancy. There are several reasons, other than miscarriage, that can cause bleeding in the first trimester. The most common includes:

This is one of the most common causes of spotting or bleeding in the early days of pregnancy. Implantation bleeding, as the name suggests, happens when the fertilized egg implants or attaches itself to the uterine lining. This procedure can trigger a few days of light bleeding.

2. Bleeding due to cervical changes

The very dramatic change in your hormones can cause changes to your cervix. There is an increased amount of blood supply to the cervix, which causes it to become softer, which can trigger bleeding. Additionally, a cervical polyp may also form, which is a benign tissue overgrowth. This polyp may bleed more easily during pregnancy.

Spontaneous vaginal bleeding can be caused by a number of vaginal infections in pregnant women. This type of bleeding may also be accompanied by vaginal discharge.

As mentioned earlier, the cervix of a pregnant woman tends to get softer due to increased blood flow. This is why sexual intercourse may activate light spotting or bleed from the cervix.

You can also experience some bleeding after you pay a visit to your doctor, and they perform a sonogram or a pelvic exam on you. This happens because now you have a more vascular cervix and an increased amount of blood flow to your reproductive system.

Lifting heavy weights, too much exercise or extreme and vigorous amounts of physical activity can also cause bleeding during your first trimester.

An insight into more reasons

However, apart from these, some unexplained reasons may cause early pregnancy bleeding in some women. But you should not stress yourself out!

If you experience a severe amount of bleeding accompanied with pain, then you should rush towards the hospital as it can also be a sign of any of the following serious problems:

This is the condition when the fertilized embryo gets implanted outside of the uterus. Most of the time, this occurs in the fallopian tube, which can cause it to burst and can be really dangerous for the mother. This happens in only 2% of pregnancies.

This is a rare condition when there is an abnormal tissue growth inside the uterus instead of a baby. This is a medical emergency, as the growth can even be cancerous.

Miscarriage is most common in the first 12 weeks of pregnancy, and bleeding can also be an indication of this dreadful occurrence.

Many women who have faced this issue of bleeding or spotting in the first trimester of their pregnancies have continued on without complications and have delivered healthy and happy babies.

Nonetheless, you should be aware of how much bleeding is normal and how much should make you worry.

If the bleeding you experience has the following characteristics, then you have nothing to worry about:

The American College of obstetrics and gynecology states that 15 to 25 percent of pregnant women face bleeding in early pregnancy i.e. in their first trimester, and they end up delivering healthy babies.

Hence, there is no need to worry when you experience slight spotting/bleeding in your early pregnancy as this is perfectly normal. Howeve you should always make an immediate visit to your obstetrician.

So we suggest that you take good care of yourself and the little life bubbling within you and stay stress-free! 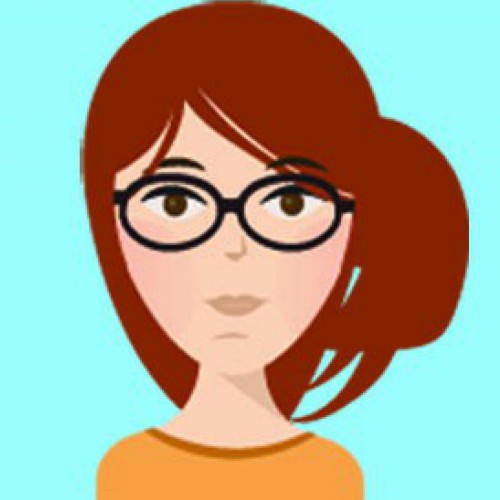 Andrea Bell
Andrea Bell is a blogger by choice. She loves to discover the world around her. She likes to share her discoveries, experiences and express herself through her blogs.