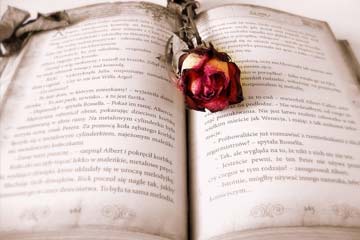 Belonging to the free world, most of us have been fed on the staple diet of Jane Austen, Charlotte Bronte, Louisa May Alcott and those other classics which made the cut. These authors have redefined feminism and if you haven’t read them then it’s high time you get your hands on one of their works. Options available are colossal and even several lifetimes put together will never suffice. But there are few which you just can’t give a miss. Here’s a compilation of those books which every woman in the contemporary world must read assuming you’re already familiar with the classics.

This should come as no surprise that this timeless contemporary novel tops the list. Even after half a decade from its release, the book which spins a yarn on justice and racism continues to play an imperative role in changing our lives for good. If there’s one thing that this book does not fail to teach is the importance of taking a strong stand and instilling a strong sense of right and wrong.

Any list is incomplete without the Master of American Fiction, Hemingway. In this book which was preceded by the best-selling The Sun Also Rises, he explores several aspects of life such as infidelity, divorce, and death in the form of fourteen short stories. Vouched as one of Hemingway’s best works.

‘I am buoyant and expansive and uncontainable–but I always was so, only I never knew it!’ This eloquently put together quote from the book perfectly sums up a woman’s life. Based on Draupadi’s take on the epic saga, Mahabharata, it chronicles her struggles through the trying times. Being one of the most misunderstood woman, Banerjee has represented this iconic figure in her known articulate style of writing.

A story on voicing the opinions of the unheard has never been this moving and poignant. Filled with hope and faith outlined with humour, it’s a story of three woman from different walks of life who come together for a clandestine project, empowering women by exposing the issues existing in 1960s America of female oppression and racism.

This timeless classic which portrays the harrowing tale of the feisty Scarlett’s hopeless love for a married man. The story follows her through the trying war times and binding societal norms. It glamorises one of the peak wars in American History in this beautifully spun yarn.

A heart rending tale chronicling the tale of heroism and hope of two fearless women set in the war-torn Afghanistan not only inspires us but tells us how only a woman can truly be the shoulder for another and understand her completely in face of insuperable obstacles.

Penned down as a semi-autobiographical novel, it’s a story of woman who’s constantly faced with the question of whether a woman can have it all or not. The story stands relevant even today years after its first copy. It explores the thoughts of a seemingly trapped woman in the patriarchal dominated times.

Apart from these, few of the other recommended books which will tickle your funny bone whilst making a point are Bossy Pants by Tina Fey and Life Advice by Caitlin Moran. Go ahead and give these books a read and you will surely not regret it.