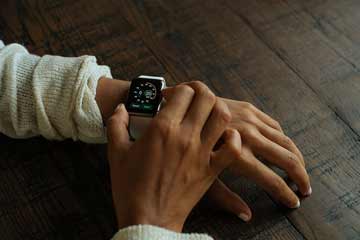 Smart watches have become all the rage, thanks in no small part to Apple’s seemingly limitless trendsetting abilities. As of this writing, Apple has already sold nearly 4 million of its much hyped Apple Watches, and that number is expected to increase dramatically as the tech giant releases its Watch OS 2 operating system and expands sales to new retailers like the Sprint Store. Other smartwatch retailers, like Garmin and Microsoft, are similarly reaping the benefits of the growing trend, but all of this talk about 21st century watches has raised one very important question: Will the smartwatch revolution kill traditional timepieces? My verdict: Probably not, but let’s explore why.

First it’s important to establish what a smartwatch is and isn’t. It is an extension of one’s smartphone, a tool for quickly and easily accessing information and applications without constantly having to cradle one’s phone like a newborn baby. It is great for fitness, for communication, and for looking like a really cool high-tech spy (come on, that’s really why we own them, right?). It is not a high-end fashion accessory or status symbol like a Rolex or Tag Heuer. That’s not to say that exquisite smartwatches don’t exist; the most expensive diamond-studded Apple Watch from Brikk is valued at more than $100 thousand. However, this is the exception, and not the rule.

Consider digital watches. When battery-operated digital wristwatches first hit the market, they provided consumers with ease, convenience, and technological innovation never before seen in a timepiece. That was nearly a century ago, and yet analog watches still remain at the forefront of class and sophistication. Digital watches didn’t replace them, and neither will smartwatches. That’s because there is beauty in the craftsmanship of a traditional watch. There is intricacy, complexity, and even a sense of history. That’s why the world’s most expensive watches are constructed quite similarly to how they were constructed in the 17th century.

According to TimeScape owner Craig Zaligson, “No amount of whistles, bells, or angry birds will ever replace the beauty and grandeur of an authentic timepiece.” Truer words were never spoken. If it were all about technology and convenience, then analog watches would have faded into obscurity generations ago, but their continued popularity is a testament to the unique artistry that they provide. If you have ever owned an attractive timepiece, you understand the sense of pride and sophistication that it provides. You simply can’t emulate that with a smart watch.

The Smartwatch Hype May Be Overstated

Finally, it’s important to consider that there may in fact be more hype than demand when it comes to the smartwatch revolution. Yes, Apple sold approximately 3.6 million Apple Watch devices in the first quarter of its release, but that’s actually a substantial letdown when you consider that the first-quarter projection was for 40 million. Ouch. Only time will tell if the Apple Watch proves to be the next iPhone, but one thing is for certain: Authentic timepieces will never go out of style. 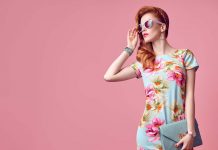 Why fashion accessories matters and how to choose the best ones? 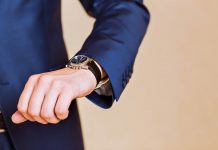 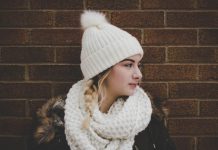 10 Awesome beauty tips that work for all age groups

The Power Of Music

7 Surprising ways your mattress affects your sleep and health

What Could Trigger Pain for Females in the Lower Left Abdomen?

The most common causes of personal injuries and what you can...

The Family-Friendly Guide to Portugal Holidays

Choose Jewelry According To Your Style Flavor