It has been long since India became Independent. The younger generations have almost forgotten the freedom struggle, how hard it was and how many people have sacrificed their lives to achieve this freedom. Text books only talk about few prominent leaders, while thousands have gone off our minds. We hardly remember people like Sangolli Rayanna, Karnad Sadashiva Rao, Kittur Chennamma, Jhansi Rani Lakshmi Bai, et al who sacrificed their lives so that our country would be freed from British rule. These freedom fighters came from all parts of the country and had one common goal – to drive away the foreign rulers of our country. Some came into the spotlight while many of them remained unsung heroes. Following are some of the martyrs hailing from Karnataka who laid down their lives for the country.

Kittur Chennamma, the Queen of Kittur can be hailed as the first female freedom fighter who led an armed rebellion against the British rule in 1824. An expert in sword fighting, horse riding and archery she married the King of Kittur at the age of 15. Kittur Rani Chennamma lost her husband and son which forced her to adopt a boy to take care of the kingdom. She came into confrontation with the British when they refused to accept her adopted son as the legal heir to the Kittur throne. She fought two fierce battles with the British but was ultimately defeated, in the second battle due to deceit from two of her own soldiers. A brave fighter who did not bow down till the end!

Sangolli Rayanna was the courageous lieutenant in the army of Kittur Chennamma. He led her forces in the second battle against the British fighting fearlessly and relentlessly for 12 continuous days, defending the fort of Kittur. He continued the war against them whilst in hiding using guerilla warfare and soon became a force to be feared among the British. His title ‘Krantiveera’ which means ‘Revolutionary’ rightly describes him. He too was ultimately caught by the British through treacherous means and was hanged by them in 1831. 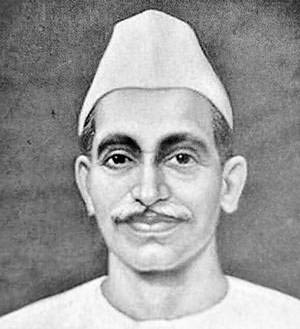 Another noted freedom fighter from Karnataka was very active in the Southern India. He established Mahila Sabha for helping the poor women and widows in the state and spent all his money for this cause. He acted as a catalyst to awaken the spirit of freedom in the Southern states, particularly in Karnataka and was the first volunteer from the state who participated in the Satyagraha movement started by Gandhi. The prestigious locality in Bangalore – Sadashiva Nagar is named after him as a tribute to this great freedom fighter. 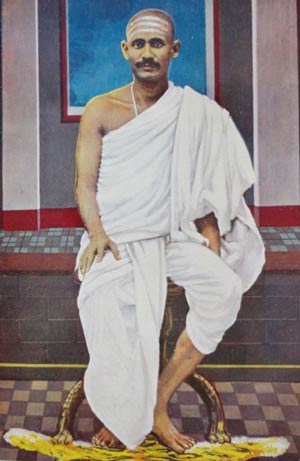 Manjappa was an active follower of the Swadeshi movement. He spent his entire life in the Gandhian way and was commonly called the Gandhi of Karnataka. He gave hundreds and thousands of lectures on patriotism, Satyagraha and nationalism and dedicated his life towards social service. He started a Weekly during the early 90’s which had a very good circulation. He created awareness about Gandhiji’s Principles through his publications and speeches. His lectures created great awareness which helped in the freedom movement. It was unfortunate that Manjappa died just before India could get Independence. Hardekar Manjappa passed away on 3rd January 1947, without seeing independent India.

During the freedom struggle against the British many individuals assumed leadership roles in uniting Karnataka as a single entity and spread the message of freedom in the region. Muduvidu Krishna Rao was one such individual who contributed hugely towards the unification of Karnataka.

She needs to be remembered for many reasons. One is for her heroic struggle and contribution in freedom fight and second is not aspiring for any type of power after getting independence. She gave shelter to many prisoners of freedom fight when they were released in her own house. Her doors were open to all freedom fighters who wanted food and shelter and financial help. Despite such big involvement, she did not aspire limelight. She was offered due respect and pension a freedom fighter of her stature deserve, but she did not accept them. Umabai lived a simple life till her end which makes her a role model.

There is a huge list of freedom fighters and mutineers who gave their lives so that the momentum of India’s freedom struggle could continue.  These people came from different states and regions of the country and each one’s contribution was an immense one. None of them cared for fame; the focus of all their efforts was the independence of the country. Some of them may have remained unsung heroes, but history will never forget their contribution. The above examples are some of the names that have been etched out in the history of Karnataka’s struggle for freedom from the British rule.