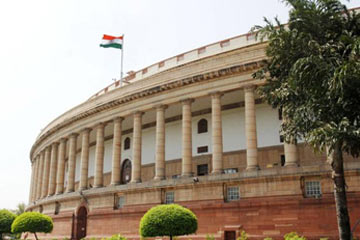 A nation’s development and future of its residents is directly dependent on its government and their policies. Before we proceed further let’s define what a government is.

According to Oxford, government is a group of people with the authority to govern a country or state.

According to Wikipedia, a government is the system by which a state or community is controlled.

Well, those aren’t extensive definitions with strong words spanned out in 2-3 lines, but they should suffice just the same.

Continuing ahead, let’s take a look at what this article is about, the loopholes, the deficiencies, the flaws in Indian political system.

No prerequisite to join politics

If you own a company, who do you think would be the best person or team to lead the company? Of course, your first choice would be YOU, because you would be most passionate about the company and give your maximum to bring out the best. Nevertheless, you cannot do everything by yourself. So you’ll try to hire the best employees, with maximum experience and qualification for each individual position.

Even while choosing a football team or a cricket team, the players are chosen keeping their recent performances and overall capabilities in mind. The football goalie position is given to the one who proves himself to be the best in that position. Similarly, the position of batting opener or bowling opener is given to the cricketer who is most adept for the job.

Likewise, students have to go through the hardship of several difficult competitive exams before getting the admissions into an institution, whether it’s a medical college, engineering college, or a finance school. Even for a regular bachelor’s degree in a random course, one has to compete against other students on basis of merit. Well, everyone knows how tough it is to crack an ‘Administrative Services’ exam (IAS).

My point is if people have to be so much qualified for each and every position in our competitive world, then why there isn’t a prerequisite for contesting in Government elections? Well, being 25 years of age and citizen of India doesn’t really count as prerequisites.

The result of not having any qualification requirements is that a lot of people with little to no education or people with a criminal background are joining politics for sheer motif of making money and growing powerful. Even worse thing is that their fear is either dissuading capable candidates from joining politics or if someone really joins they are put down forcibly. Legally, no one can stop a serial killer from joining politics and, thus, some people are taking benefit of this flaw in the system.

Apart from those with criminal backgrounds, a lot of businessmen join politics too (or, many become businessmen after amassing money and power through politics). As a result the government is run by business minded people who thinks about themselves over the benefit of people of the nation.

Besides the monetary benefits (mostly under-the-table benefits) they also gain huge power which can boost their business, through getting contracts and licenses which they would never have gained otherwise. If a few scams are revealed from time to time, think about all those scams that are never exposed. 2G? Chara? Vyapam? Ring any bells?

The motif behind choosing the multiparty system for Indian politics was to give several options to the Indians in choosing their leaders and freedom to the entire public to govern the country. Sadly, the proposition has only backfired to create an unstable system.

Because the votes and seats are divided into several parties, no particular party (except for the long reign of Congress in Centre) gets an absolute majority in the government. The result is an unstable government based upon temporary collaborations.

Also, when the government is busy meeting their personal demands and demands of the other parties from the coalition, they cannot focus on the nation growth. Smaller states are often neglected the maximum in the process and thus regional parties arises to take advantage of the public’s woes. It is seldom seen that a party arises only for the benefit of people.

The sad part is even though there are so many candidates in the ballot to choose from, there is hardly anyone who you really want to vote for. The votes of aware people is usually decided by the principle of exclusion (giving vote to the person you dislike the least), while the vote of unaware people is decided by the alcohol and money they received previous night or by the caste and religion of the candidates.

Usually, political collaborations are also formed on personal motifs, each party seeking their own benefit through the power they’d gain. Often mid-term these collaborations fail when one or other party doesn’t gain what it had dreamed in the first place. The government collapses. Not only a huge sum of money is lost in re-elections, entire nation or state’s economy tends to destabilize during the period.

Post-election alliance are even more perilous than the alliances before the elections because they are created within a short period, thus less understanding between the two parties, and more inappropriate ‘dealings’ which are against the interests of public.

While the government should focus on developing the nation, it’s busy taking in complaints and demands from the coalition parties.

Although it’s not supported by constitution, it’s neither discouraged. Still, the results of familial inheritance in politics is a big trouble for the entire nation. Once a particular politician achieves a good position, his/her entire family jumps in the business (called politics). The result of family politics is that such family quickly gains enormous power and starts to control the party, and eventually the government. In some passion these families are like dictators in the political system. I’m not saying that all political families are power hungry and dictators, it’s just where this family politics can lead a nation to.

Even worse is when a politician with a position in government or the party decides to either quit or become incapables to continue (for example, jailed for a crime) transfers his/her position to a family member. At times the newly-designated family member might not even be fitting for the position.

Another disadvantage of family politics is that deserving people can’t get a chance to come over the top and become a part of the government.

Caste and religion politics are potentially the most dangerous flaws of our political systems. In India people work on the principle of “Bhed-chaal”, that is they would follow others without even troubling their logic for a moment.

Cunning politicians makes use of the phenomenon and lures people into following them with fake promises, or trivial baits.

If politicians were prohibited from taking advantage of caste, religion or any other form of disparities the things could have been better.

Not only such cheap politics create bad government, it also rips apart the entire society creating divisions into castes and religions. Can you guess why Hindus hate Muslims so much, and vice versa? Or, why schedule caste/tribe people are so despised even though they are no different than any other human being?

How to regulate the Indian Political System?

Well, the answer is not really hard. It’s just that when the government is run by those who are at an advantage with this flawed system, why would they want to correct it?

Only when a system is build where there is no scope for flaws, and the system is regularly updated to meet the requirements of people and nation, the political system can be called appropriate. And, only when the system is appropriate the entire nation can attain maximum growth.

If you’ve any other suggestion, or addition to this list, make sure you leave a comment below.