By definition, a natural disaster is an event that is caused by the natural forces of the earth and results in great damage and possibly loss of life. Each year, the earth experiences a number of natural disasters. When natural disasters occur in heavily populated areas, a lot of people may lose their lives. A recent example is the Italian earthquake of 2016, where over 200 people died. The deadliest of all earthquakes happened in 1556 in China, where approximately 830,000 people lost their lives.

Roughly 350 weather-related catastrophes were recorded each year between 2005 and 2017. The five countries hit the hardest were the United States, China, India, Philippines and Indonesia, according to the report.

With three points mentioned for each disaster – flood, storm, earthquake, landslide, the infographic is a complete summary of the preparedness measures. These measures are inclusive of the immediate actions that need to be taken, the precaution measures to be taken when building the home, or when the news of a weather condition reaches you. The idea however is to ensure complete safety of the inmates of the house. 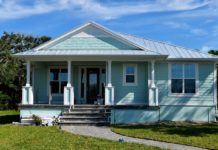 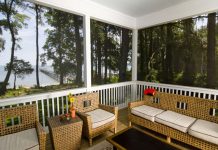 The pros and cons of having an enclosed porch 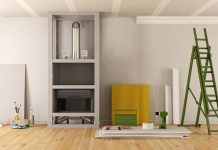 How to Choose The Best Health Supplement

5 Yoga poses for women to achieve a perfect waist

Birthstones for Each Month & its Uniqueness: What is your Birthstone?

Factors Affecting the Success of an IUI Cycle

The Role of Teeth in Attracting a New Partner [Infographic]

Yoga is a Great Workout Alternative For The Scorching Summers

How are Timex Watches Designed and Manufactured?