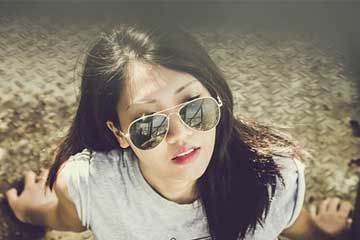 Even after applying a good sun-screen or standing in the shade, you’re not as safe as you’d like to think. Let’s take a look at the harmful effects of Sun that you might not be aware of

Even when you’re walking or standing in shade, you’re not completely invulnerable from the UV rays. The truth is they would get you, shade or sun. Even if you’re not exposed to UV rays directly, they bounce off the surfaces and reach you in the end. Moreover, single application of sunscreen isn’t going to effectively protect your skin from it. The protective cover wears off after sometime. You must reapply SPF if you want to escape the harmful effects of UV rays.

Once burned will burn again

If your skin has got a sun burn once, it becomes vulnerable to recurrent burns at the same spot, besides making the skin prone to cancer on repetitive exposures on a long term basis. And, that’s not the end of it.  Somehow the skin tends to remember, and a subsequent burn from exposure may occur even after a year. The worst part is the chances are the second skin burn is going to be patchy rather than a uniform tan. So the people who think that to get a good tan going ‘red’ first and strengthen up the skin is a good practice, they are wrong.

Reconsider using your phone in the sun

If you love to use your tablet or smartphone for reading or surfing internet while you’re out in the sun, you may want to start using sunglasses. The screen reflects off UV rays straight into your eyes. Now, I don’t have to tell you that your eyes more susceptible to damage from the sun. For your own good, it’s better to shun away the habit entirely.

Be wary of any kind of skin changes

Usually people imagine that melanomas are dark, gnarled moles on the skin. It’s true that majority of melanomas would look that way, however, many wouldn’t. Melanoma may not even contain any pigment and just present like a nodule. Hence, it becomes important to get any kind of changes in the skin examined. Whether it’s a new lump, mole, lesion, a non-healing spot, or recent changes in an old mole like growth, bleeding, itching and color change, you must see your doctor.

Most probably those changes would be nothing to worry about, but there is no harm in being cautious, is there? If your doctor thinks it may be a problem he/she will refer you to a dermatologist or, else, treat appropriately.

Also Read: How to keep your skin safe in the summer heat

Ways You Can Fight Against Old Age

Skincare advice for your newborn baby

7 Essential Steps to Keep Your Skin Healthy in Spring