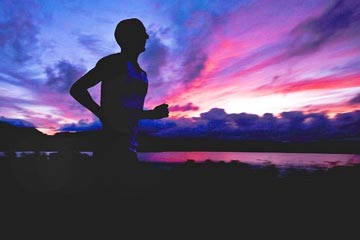 Whether you’re running on the treadmill or in the park, running comes with a huge list of benefits—health, mental, social and even economical. Here are some of the benefits of running you must know about.

Studies have proved that when you’re running regularly the brain is more active than otherwise. More active brain means you’ll be more attentive and more creative. That’d improve your work performance a great deal, combined with the improvement in the stamina. Overall, running would help you achieve the peak of your career faster and maintain it.

Now, that’s not a secret anymore. Running is the first thing that comes to mind when you’re thinking about shedding some weight. Not only is running important to those who want to get back in shape, but also for those who wants to maintain it. Now, running doesn’t just burn calories while you’re running but it also improves the muscle mass leading to higher metabolism and more calorie consumption. So, if you’re looking to lose the extra weight, it’s time you started running.

Running is a popular cardio exercise, getting your heart and lungs into better shape. Regularly running would substantially improve your stamina, hence not only would you find yourself fitter for routine activities but in crucial situation your improved stamina could be a life-saver.

Running has proved to be an excellent method to assuage depression too. The mechanism behind the action might involve the release of endorphins secreted during running. Also, running has its social benefits too (discussed later), which can again prove beneficial in depression. While running can reduce the severity in severe cases of depression, in mild cases it can even cease the requirement of antidepressants.

15 reasons why you should be #running regularly http://t.co/wKiHJZh22q #Jogging #Cardio #Fitness

The common notion is that running leads to wear and tear thus leading to joint problems later in the life. However, regular running can have just the opposite effect in real. Running leads to weight loss, which might lower the instances of osteoarthritis. Moreover, running would improve the joints and muscular strength, another reason why you’re less likely to suffer from osteoarthritis. So in a long run running would keep the joints pain off you in the old age.

Strange as it may sound, running does have a role to play in your sex life. First of all, running sort of boosts both your confidence and mood. You feel more energized overall. Running also increases libido. In men, studies have proven, running leads to increase in testosterone production apart from reduction in the incidents of hypogonadism.

Running fortifies your body against several infections. The overall protective effect is a combined result of several little mechanisms. Improvement in blood circulation enhances immunity by transporting the immunity related cells quicker. Also, by improving air circulation through lungs the harmful microbes and other particles are cleared out. Running also increases the metabolic rate thus increasing the temperature above favorable conditions for infective microbes and boosts various protective mechanisms.

Whether you’re running on a treadmill in a gym or in a park, it gives you time and opportunity to socialize and make new friends. Getting new friends not just improves your social life but also boosts your mood, making you more efficient. Many love stories begin at the park and most of the neighborhood news is shared in the park too.

It’s a common notion that slim people look more attractive than their own obese version. Looking better again boosts your self-confidence and improves your social and personal life. Also healthy skin adds to the better looks.

Blood circulation to the brain is improved and hence brain function is improved including a boost in the memory. Also, when mood is good and attention is better, a person tends to remember things more. Running has also shown some protection from Alzheimer’s disease.

As a combined result of various factors running like elevating mood, improving sleep, improving work efficiency, and better health your body is equipped better against stress.

Several studies have shown that running has numerous effects on overall health. It reduces the risk of heart diseases, infections, neurological problems and many lifestyle related conditions. That means a regular jogger would have a longer life span, less risk of premature death.

While other modes of workouts may require you to spend handsome amounts on equipment or on enormous gym fees, all running requires is a good pair of shoes. Hence, it is the cheapest method of shedding weight or keeping you in shape. Also, when you’re healthier the visits to doctors are reduced, hence cutting on medical expenses.

4 Benefits of Using a Kettlebell During Your Workouts