Crohn’s disease is a kind of Inflammatory Bowel Disease (IBD), which can affect whichever part of the gut, starting from mouth to anus.

It was named after Burrill Bernanrd Crohn, a gastroenterologist. It was him who described the disease in 1932, along with two of his colleagues at Mount Sinai Hospital, NY. Those patients suffered from inflammation in the terminal ileum, small intestine, which is commonly affected by the disease.

Commonly it is presented by abdominal pain, fever, weight loss and diarrhea. The associated diarrhea may at times contain blood in cases of severe inflammation. Crohn’s disease is often also associated with symptoms outside of GIT like anemia, arthritis, fatigue, rashes and eye inflammation. The cause for the skin rashes is attributed to infections, erythema nodosum and pyoderma gangrenosum. Crohn’s disease is often associated with bowel obstruction and increases the risk of bowel cancer.

The diagnosis is chiefly established on basis of several diagnostic findings including biopsies, bowel wall appearance, and various medical imaging. It should be distinguished from Irritable bowel syndrome and Behcet’s disease.

This disease can be result of various factors including immune-related, environmental or infectious factors in individuals who are already predisposed genetically. A chronic inflammatory disorder develops in the body, and the immune system begins attacking the gut cells, probably aimed against the infective antigens. Although immune system may be involved in the pathophysiology of the disease, it’s not an auto-immune disorder as the response isn’t evoked by own tissues.

No specific medical or surgical treatment options are available for Crohn’s disease. Treatment is chiefly directed at fighting the symptoms, maintaining remission and preventing relapse. Medical treatment may include corticosteroids in the early stages for rapid symptomatic relief, and drugs like thiopurine or methotrexate to thwart relapse. It’s also important to stop smoking, which is an important causative factor. Surgeries might be required for getting rid of abscesses, bowel obstructions or cancers. However, surgery should be avoided as much as possible.

It is shown that Crohn’s disease is more prevalent in developed world. In Europe and North America about 3.2 people are affected out of every 1000 people. Africa and Asia are less commonly affected by Crohn’s disease. However, the incidence is on the rise even in developing nations presently. Life expectancy is reduced in people with Crohn’s disease. Usually it presents itself in teenage or early twenties, although susceptible individuals can present at any age. The incidence is equal in both the sexes. 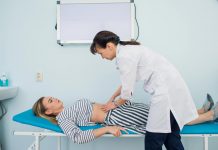 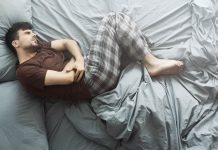 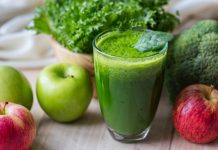 Gastric sleeve diet: What to eat after the surgery?

How to Decorate your Home with Painting and Artworks

Get the help you need: Ways to Cope With Grief

9 Things you don’t know about plumbers

10 Expert tips – How to plan and decorate your bathroom

A 10-step process for a successful kitchen remodeling project – Infographic

The Dos and Don’ts of Creating & Placing Your Business Signage