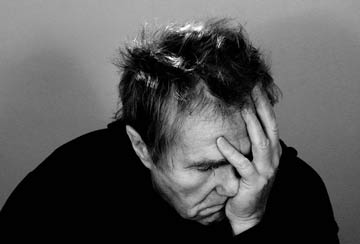 If you suffer from migraine attack, you’d understand the pain of a throbbing head, persistent nausea and photosensitivity. It can really be a total bummer. The fact that it may last for up to two days makes it even more intimidating. However, little relief may come from the fact that migraine has triggers, and if you can identify those triggers, majority of migraines attacks can be avoided. Here’s a list of common migraine triggers.

If you’re not taking your meals on time or skipping them altogether, whether because you’re working or another reason, you may lead yourself into a migraine attack. An exact mechanism is not known how skipping a meal can lead to migraine, though it may be because of its effect on hypothalamus. Studies have found that hypothalamus is involved during a migraine attack. Now. Since hypothalamus is responsible for governing the body clock, skipping a meal may have some effect over it and trigger migraine.

A 2014 study found that migraine-prone adults who takes bedtime snacks have 40% lesser chances of a migraine attack.

More than a regular sleep may at times leave you with a migraine attack, rather than the rest you sought. Migraine is particularly not routine changes friendly, thus a disruption in the circadian rhythm by lingering on the bed longer may promote the attack. If you suffer from migraine, it’s best you maintain a regular sleep cycle, never oversleep.

As much as stress may be responsible for triggering migraine, vacations after a stressful period may also trigger an attack. A study in 2014 published in Neurology found that reduction in perceived stress may also trigger migraine. The possible mechanism behind this phenomenon might be the significant reduction in cortisol hormone levels after the stress is relieved. Weekends or vacation trips can be such triggers. The best way to avoid such a condition is to relax yourself through a stressful period with relaxation techniques like short walks or yoga to avoid its building up.

A study conducted by Headache Center, Atlanta, showed that among 22% of the participant migraine patients about 22% were triggered by exercises. Although regular exercises tend to lower the migraine chances, an unusually excessive physical activity may trigger it.

Thus, it is advisable for the migraine patients to develop an exercising routine and stick to it.

There is no substantial proof about the food triggers as they differ from person to person and food to food. However, processed meat seem to be quite a common trigger in migraine patients. Processed meat products like bacon, hot dogs, salami etc. contain nitrates or nitrites which can cause dilatation of the blood vessels, hence progress to headache. If you notice any association between processed meat and your own migraine episodes, it’s advisable to rather stick with fresh meat.

Research has established that in about 38% of migraine patients alcohol acts as a trigger. In most of the migraine cases red wine appears to be most notorious. However, an exact cause behind alcohol’s role in migraine is yet to be found. One possible mechanism might be the vasodilation triggered by alcohol. Another possible explanation could be the fluctuation of serotonin (neurotransmitter responsible for regulating pain) levels after consuming alcohol.

Another study conducted by Dr. Peterlin and others found that obesity increases the chances of migraines episodes up to 81%. According to her obesity is a chronic state of inflammation and hence contribute to pain. Also, there are numerous similarities in the pathway for development of obesity and migraine. A clear association is, though, yet to be found.

There is no doubt about water as a necessity for all living organisms. Dehydration can really have too many harmful effects on us. A study published by European Journal of Neurology found that water intake acts as prophylaxis in headache.

During a migraine attack a lot of usual things may become annoying and increase the headache, for example, tight clothes or bright light. However, about half of the migraine patients reports bright light as a trigger for their migraine episode. That’s the reason why they resort to a dark room to find some relief.

Most changes in weather are known to trigger a migraine attack, be it the pressure changes, the wind changes or temperature. In a 2009 study the researcher from Harvard established that there is an increased risk of migraine by 7.5% with each 9 degree rise in air temperature over the normal temperature. Although it’s difficult to predict the weather triggers, but a prophylactic measure can be applied depending on forecast under a doctor’s guidance.

Hormonal changes are second-most common migraine triggers in females. In fact, that’s the main reason why females suffer from headaches three time more than males. Menstrual cycles in females involves changes in hormones (estrogen). A drop in estrogen levels leads to furthermore chemical changes making them more predisposed to headaches. A migraine episode might be triggered two days prior to the menstrual periods and last up to three days after it. If you’re constantly experiencing menstrual migraine episodes, you should consult your doctor for a continuous oral contraceptives.

11 #Triggers That Can Lead To A #Migraine #Attack | #Zigverve Read here: http://t.co/iDlXV6mniG

There might be several other triggers for migraine which differs from patient to patient. To understand the triggers more clearly the patient should maintain a headache diary and note down activities and factors associated with the onset of headache. Although results may not be consistent like a rainstorm may cause migraine at one time, but not the second time. The diary helps to note down the combination of triggers to assess your situation better.

Title: What are the Best Massage Pressure Points for Your Feet?

What To Do If Your Parents Are Suffering From Covid-19? Read Doctor Vee’s 6 Point Plan