How Verbal Abuse Leads to a Dangerous Relationship

Even if your partner has never physically harmed you, given enough time and control, verbal abuse can still turn to physical abuse at any time. Consider an emotionally abusive partner as though they were a time bomb waiting to explode. Abuse can escalate and leave a lasting impression on your mind and body. Here is how verbal abuse can lead to a dangerous relationship with or without causing you physical harm.

One way a verbally abusive relationship can escalate to a dangerous relationship is by your partner making threats of harm toward you. This can be done vocally, through text, or by taking steps to physically harm you without following through. Examples include lunging forward, picking up a weapon, refusing to allow you to leave their presence, or by cornering you in a room.

Another way verbal abuse and toxic relationships turn dangerous is when your partner purposely does things to scare you, such as driving recklessly or threatening to commit suicide if you end the relationship.

Verbal abuse and toxic relationships can take a twisted turn if left unchecked. If your partner has begun manipulating you or using force in sexual situations this is a clear sign the abuse has escalated.

Another sign that a verbal abuser is evolving into a physical abuser is when they begin to damage property. Kicking doors, punching walls, and breaking objects such as a television or smartphone are all signs that the violence in the relationship has badly escalated.

A partner who cannot control their verbal abuse may also lose their ability to control their physical impulses as well. Hitting you, restraining you, using a weapon on you, or throwing items at you are all considered to be domestic violence. This is illegal and dangerous behavior. In many cases, physical abuse, sometimes called “relationship violence”, can lead to hospitalization or even death.

[su_note note_color=”#efefef”]Also Read: How to Prevent Your Career from Ruining Your Marriage[/su_note]

Is your relationship toxic? Emotional turmoil via verbal abuse is sometimes difficult to define, making many cases of verbal suffering go unreported. Still, this destructive behavior affects you on many levels. Here is how verbal abuse and toxic relationships affect you.

When you are around your mate you should feel happy and comfortable, not uneasy or unlike yourself. If the thought of seeing your partner makes you feel sick, you may be experiencing the side-effects of a toxic relationship.

2. Fighting all the time

No relationship is perfect. Every couple has their ups and downs, but generally, a healthy relationship will leave you feeling loved and respected. It is a clear sign of abuse if your partner is looking for any excuse to speak down to you. If you and your mate are fighting all the time, especially if it is about mundane topics or nitpicks, you could be headed down a dangerous path.

The way your spouse fights may also show signs of verbal abuse. It’s the unfortunate truth that when you argue with your spouse you may say things that you don’t mean. However, a verbal abuser will purposely make low-blows at your self-esteem, appearance, insecurities, or past-mistake during an argument. This is a tactic of control, not an emotional slip of the tongue.

Verbal abuse can leave mental scars that affect your emotional wellbeing for many years. Feelings of depression, insomnia, suicidal thoughts, low self-worth, insecurity, and fear can linger and cause destructive habits such as alcoholism or drug abuse. They may also lead you to be in other dangerous relationships in the future, believing that it is “normal” or that a toxic relationship is all that you are worthy of.

5. Disassociation from Friends and Family

Separating and cutting off communication from a partner’s friends and family is a common tactic of abusers. Verbal abusers may suggest that your family is not good enough for you or that your friends have hidden agendas behind spending time with you. Isolating you from your circle is a common way that abusers control and manipulate relationships.

If your partner constantly puts you down or tells you that you’re not good enough or pretty enough to get someone else, you may eventually start to believe them. This could signal a dip in self-esteem that only worsens when you are around your partner.

Verbally abusive partners are usually narcissistic. They are arrogant and self-centered, only looking out for their own interests in the relationship. 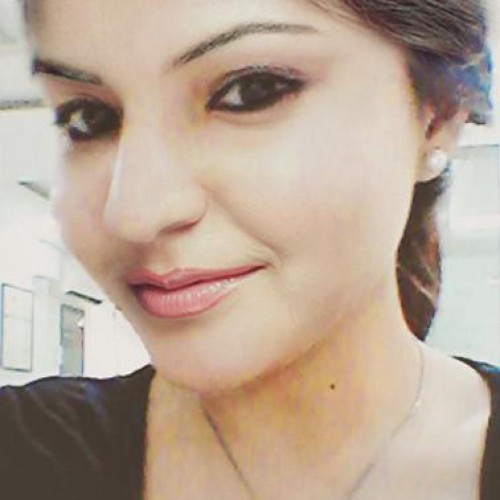 Sylvia Smith
Sylvia Smith is a relationship expert with years of experience in training and helping couples. She has helped countless individuals and organizations around the world, offering effective and efficient solutions for healthy and successful relationships. Her mission is to provide inspiration, support and empowerment to everyone on their journey to a great marriage. She is a featured writer for Marriage.com, a reliable resource to support healthy happy marriages.