Reaching the Peak: How to Perform Like the Elites

Lebron James averages a total of 27.1 points per game in the NBA in his career. He also leads the league today in minutes played per game of 37.8 points. Lebron James is no doubt, a perfect example of a human reaching peak physical excellence.

Jon “Bones” Jones is a Mixed Martial Arts fighter fighting in the Ultimate Fighting Championship (UFC). He constantly faces slips and falls in the octagon because opponents tried hard to take him down. An MMA fight generally lasts for three rounds. But Jon lasts till the 5th round, five times in his career. This feat means that Jon has incredible cardio. He is another example of how a human can be active when reaching the best peak physical condition possible.

Average people, like most of us, aspire for such physical prowess and ability. Who would not want the strength Lebron has when he pushes down smaller guards down the post? Who would not want the longevity that Jon Jones exhibits when doing strenuous activities? People often go to the gym for these particular reasons. Other people go to gyms because they need to function normally.

Maintaining a healthy mindset not only requires hard work in the gym but total dedication in different aspects concerned with wellness. Being fit provides people a healthy mind and an overall wellbeing that they may feel necessary to them. Reaching such heights in performance needs discipline.

Diet also plays a significant role in attaining and maintaining a fit body. Although this article cannot make you play like Lebron James or fight like Jon Jones, it will, nevertheless, bring you guidelines that will improve overall performance and well-being. 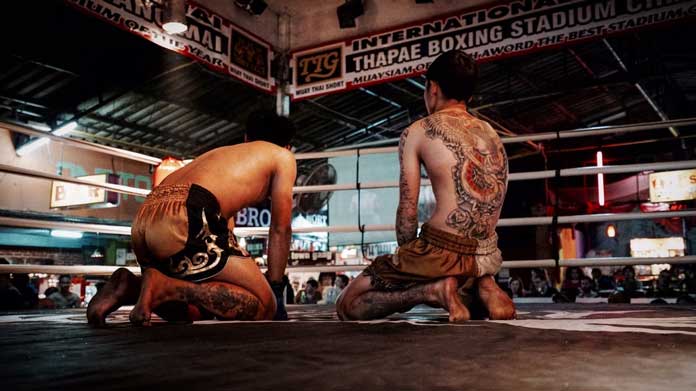 R and R stand for “Relax and Release.” Painful muscle knots are often due to inactivity. My official release is a deep tissue practice that releases those knots and adds nimbleness to movements with the body. Relax and release exercises are also known as warm up exercises.

Sleeping regenerates body tissues damaged during strenuous activity. It also provides rest for the body. Some people disregard sleep because they think being in the gym and eating right is the only way to earn a healthy body. Sleep is the actual phase of the workout that creates additional body mass and provides the person with more strength.

Proper Nutrition is essential in a person’s goal to become fit. Avoid eating greasy fast food and opt for healthy alternatives. For muscles to grow and develop properly, Protein is the best choice. The secret of some athletes is that they find food that can increase metabolism. As a result, they can burn fat much faster. Peppers contain capsicum which can increase body metabolism.

Aside from the proper nutrition, water should be given importance. Our body is made up almost entirely of water. Physical exertion makes the body sweat and gets rid of water in the system. When the body loses fluids, it weakens. It is ideal to replace those lost fluids by rehydrating properly.

As mentioned above, a lot of people tend to abuse or spend too much time in the gym because they believe that working out too much provides more results. This notion is far from the truth. In fact, overworking can cause muscle atrophy. Atrophy is a state where the muscles shrink and weaken due to constant stress

Superstar athletes like Lebron James provide people with inspiration in reaching their peak physical condition. Contrary to the belief that people are born with talents, a lot of individuals are now leaning towards the saying that, “Champions aren’t born, they are made.” With proper training and discipline, one can achieve elite fitness and performance.

6 Things to Consider Before Getting Aligners for Your Teeth

How to use Email Automation to Keep Your Customers Coming Back

6 Things to Consider Before Getting Aligners for Your Teeth

How to use Email Automation to Keep Your Customers Coming Back

5 Easy Ways to Change Your Appearance