How to treat Hepatitis B naturally with Ayurveda

Due to inflammation of the liver tissues, liver derangement occurs. This condition is known as hepatitis. While hepatitis virus b causes a viral infection and results in development of hepatitis b. This virus has a direct and severe effect on the liver. The symptoms of this diseases look similar with the flu but their severity is different. As the symptoms of this infection are very confusing so the root cause of this disease is identified in later stages. In most of the cases, the affected person does not know about the infection and can spread it to others also.

This infection is divided into 2 forms i.e., one is acute and another is chronic form which further can be of mild and severe types.

What are the etiological factor of Hepatitis B?

What are the symptoms of Hepatitis b?

The symptoms of this infection are as listed below-

How Ayurvedic therapy helps in the management of Hepatitis B?

Herbs used in the treatment of Hepatitis B

There are various herbs which are as follows:

It is also known as terminalia arjuna. Since ancient times, this herb is being used for the treatment of such diseases. This herb is found in the Deccan regions and sub-Himalayan regions. It can also be found in the parts of Sri Lanka and Myanmar. Its bark is being extensively used in the herbal preparations. Its liver protective properties help by inhibition of the hepatitis b surface antigens and hence proving its effectiveness for hepatic conditions. It can be applied as an ointment along with honey which relieves acne. It also helps in relieving fever.

It is also known as Cinnamomum zeylanicum. This herb is known due to its warm as well as sweet aromatic taste. It is also known for its pleasant fragrance. This herb can be found in tropical parts of Asia as well as Sri Lanka. It is known for its relieving properties. The calorific value of cinnamon is 355. This herb is rich in proteins, fibre, moisture, vitamin A, vitamin C, iron and sodium. It helps in relieving cold conditions as well as flu conditions. A paste of fresh lime juice and cinnamon is applied on pimples to relieve the acne condition. Do not have cinnamon in excess quantity as it can lead to boils, pimples and acne by making imbalance in the temperature of the body.

It is known as Boerhaavia diffusa which is a flowering plant. It means renewing the body. This herb is a weed which can be found in India. Its benefits help in getting rid of liver diseases. The leaves of this plant contain anti oxidative properties and hepatoprotective properties. This herb is rich in xanthones, lignans as well as rotenoids. It helps in maintaing the balance between the three doshas of the body. It helps in getting rid of oedema.

It is also known as phyllanthus niruri. This herb helps in maintaining the balance in the kapha and pitta doshas which ultimately stimulates liver functioning. As hepatitis B is a viral infection, its anti viral properties helps in the management of the same. This herb helps in the management of Hepatitis A, Hepatitis B, Hepatitis C by fighting with the inflammation of liver. It helps in relieving from jaundice. Its antipyretic activity helps in treatment of fever and flu like symptoms. Bhumi amla helps in reducing the amount of Hepatitis B virus found in the blood circulation.

It is most commonly named as king of bitters. It is also known as kalmegh in india. It helps in getting rid of various type of infections. Its anti-inflammatory properties helps in the management of hepatitis B. It helps in reduction of the growth of hepatitis B virus. It has a higher effect on the inflammatory reaction on the body. As it is a natural immune booster, it helps to reduce the growth of Hepatitis B infection. It is available in the form of capsules and powder. Daily intake of 1-2 capsules daily with plain water after meals will help you to get rid of such a severe disease.

It is also known as Picrorrhiza kurroa. It can be found in himalyas. It helps in flushing out the toxins from the body. Basically, it helps in the management of all type of hepatic disorders.

It helps by detoxification of the liver to a large extent. It helps in treatment of all type of hepatitis and all the types of liver disorders.

It provides relief from every infection by fighting with all the pathogenic viruses. Its anti-inflammatory properties helps in treating the condition of damaged liver to a large extent.

But apart from these herbs, there are some lifestyle modifications which can be followed to prevent the Hepatitis B 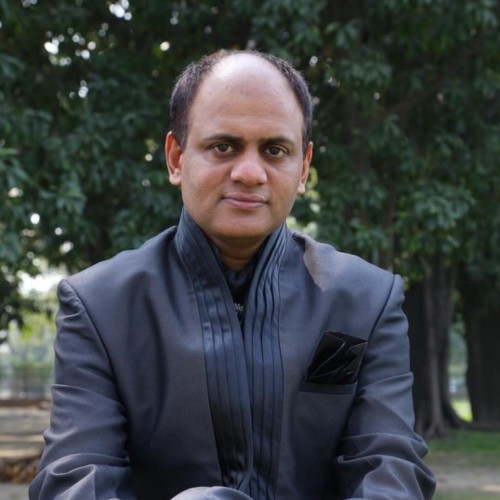 Dr. Vikram Chauhan
Dr. Vikram Chauhan is MD in Ayurvedic medicine and an expert Ayurveda consultant from Chandigarh and practicing in Mohali, India. He has vast experience of herbs and their applied uses. He has been on various national/international TV channels for interviews and has written articles for various health columns in international newspapers. He has presented papers and given lectures at various national and international forums and congresses and offers free ayurvedic consultation to online patients.