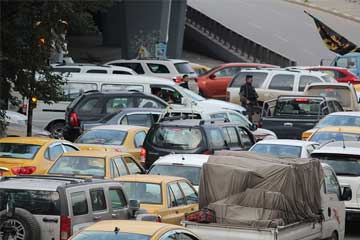 Very often we’re hearing about an incidence or two when someone is beaten or even killed after a minor accident or even when someone tries to overtake another vehicle. Where lies the fault?

Blunt as it may sound but it’s true that majority of Indians are angry, and they don’t want to follow the rules unless they’re forced to. Road rages are so common these days that it’s become a major concern. There are traffic rules to be followed, but wherever you go you’ll find most of the drivers mocking those rules. People try to break a red light even in front of a traffic policeman. Helmets are worn only on the major roads where the bikers expect police, and as soon as they’re inside a colony their first priority is to get rid of helmet. Now, isn’t that weird. Not only the biker is putting his life on a stake by driving without helmet, that split second in removing the helmet could turn into a major incident for them and other driving beside them. Why can’t they wear the helmet for a few more minutes? What urgency do they have to get rid of it immediately?

Now driving in lanes is a thing that’s still unknown to us Indians. People can never stay behind another driver. They’d overtake or form another lane of their own. In the end that results in sluggish traffic, minor accident and finally road rages. All because we lack patience, and will not follow rules.

Another reason that leads up to road rages is the altered hectic and fast-paced life where stress had become an alarming concern. People carry their worries with them wherever they go; to the workplace, to the homes and to the roads. In such scenario even a minimal provocation ultimately leads to a more serious outcome. Especially when one of the individual is short-tempered.

Also, at times younger generation involves themselves in a quarrel even at the slightest incitement just for the thrill of it, or to show how powerful, dominant they are. At the back of their mind they like to think that whatever they might do, they’d eventually get away with a crime using their powerful connections.

So, what can you do to avoid being involved in a road rage which in the end would land you in a big trouble? Here are a few tricks to keep yourself away from road rages.